In Remembrance of Eunice de Souza 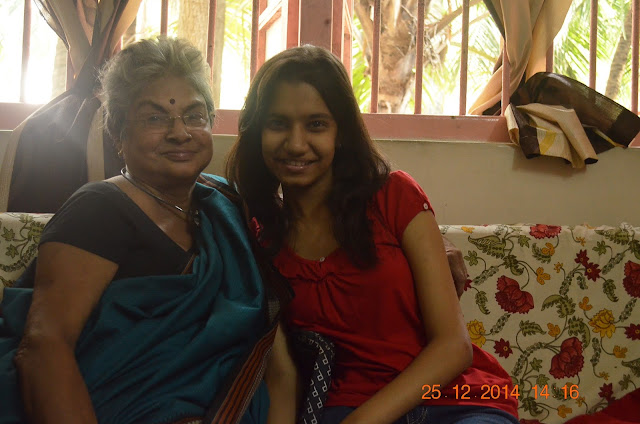 Although we would meet only twice or thrice a year Eunice de Souza (Aunty Nonie as I've always addressed her- she was my mother's cousin) never failed to leave a lasting impression on me. I enjoyed and cherished whatever little time I got to spend with her, as Aunty Nonie was a person whose very presence spoke volumes about her, or should I say, the genius that she was.

At the age of 2, Aunty Nonie lost her father. She did her schooling in Pune. From then on, her journey has been one of  hard work and sheer determination. A fiercely independent woman.

A woman of great character, she traveled to and taught students in England, Europe and the States and shared her profound knowledge with her students while she was Head of the English department and Professor at St. Xavier's College, Mumbai for 30 years. 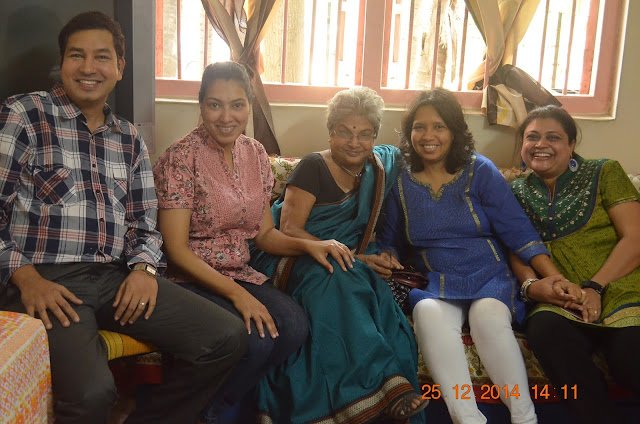 Every time I'd meet her for Christmas lunch I would look towards Aunty Nonie sitting on the sofa with a cigarette in her hand, half-filled ashtray and whiskey glass beside her, listening intently to family conversations and giving her expert inputs, always wondering what kind of intriguing ideas were still inside that genius of an author's mind, waiting to come out, waiting to be formed into words, waiting to be penned down. I'd wonder if at that time, she was in the process of making another marvelous story. She had that kind of air, that kind of charisma around her which took one's curiosity about what she was to the next level.

The last time that I met her was in February 2017, for a family get together in Bandra. Not long after that I sent her a few hardcopies of my blog posts for her to read and comment upon. I know they reached her and I know that she's read them, but I will never know in which merit list I stand and what my grades would have been.

Adieu Aunty Nonie. You will be loved and missed.

To know more about Eunice de Souza's life as a Professor go to :
And some more links after the funeral