Showing posts from July, 2018
Show All

RJ Malishka is back again with another song !!! And it's soooooo relatable!  If Dhinchak Pooja can get millions of views then so can she. Watch it!
Post a Comment
Read more

- July 15, 2018
In what could bring relief to moviegoers who often crib about over-priced pop corns and soft drinks at multiplexes, Maharashtra government on Friday clarified that there is no restriction on taking food articles from outside multiplexes and consuming them in the multiplexes.  Following the announcement, the stock of  PVR Cinemas fell 13.47 per cent  or 188 points to 1209 level whereas  Inox Leisure fell 10.34 per cent  or 25 points to 226 level. SOURCE :  https://www.businesstoday.in/markets/stocks/pvr-inox-stock-falls-maharashtra-govt-allows-outside-food-in-multiplexes/story/280246.html READ MORE AT :  http://www.newindianexpress.com/cities/mumbai/2018/jul/13/outside-food-to-be-allowed-in-maharashtra-multiplexes-1842917.html
Post a Comment
Read more

Which type of phobia do you have ? 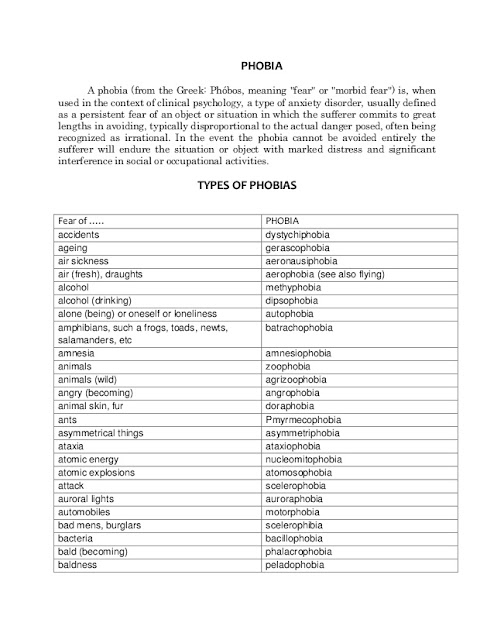 Forbes called Kylie Jenner self made and some of the Twiterrati are not taking it too well. Read more at :  https://edition.cnn.com/2018/07/12/entertainment/kylie-jenner-forbes-cover/index.html
Post a Comment
Read more

I had earlier made up my mind that I would never write anything about the Kardarshian-Jenner family on my blog no matter how much and for what they came in the news (I'm not a fan of fan of an reality TV shows; Indian or otherwise). But some things can't be given a miss. Now we all know that everything that happens in the Kar-Jenner households adds to making them popular and richer. But to what extent, we have come to know now. Just 20, and an extremely young mother (she had baby daughter Stormi in February), Kylie Jenner runs one of the hottest makeup companies ever. Kylie Cosmetics launched two years ago with a $29 "lip kit" and has sold more than $630 million worth of makeup since. Add to that the millions she's earned from TV programs and endorsing products, she's conservatively worth $900 million, which along with her age makes her the youngest person on the fourth annual ranking of America's Richest Self-Made (which is a debatable point) Women.
Post a Comment
Read more

After close to 2 weeks of being trapped inside a huge cave in Thailand, the entire soccer team of boys ranging from 11 years to 16 years and their coach are now safely out. A mission which had half the world hooked on (especially my home; my mom first, followed by dad and then me, it's trending right now) as well as helping; the Thai Navy SEALs, divers and medics were joined by professionals from other countries ( close to a 1000 people were there at the site) as well has now come to an end.   All 12 boys and their divers have come out safely except for  a doctor who had stayed with the 13 stranded people after they were found last Monday, and three Thai Navy SEAL divers who helped with the complicated and precarious rescue operation. The worst part was that when they were first found out, the weather conditions had become really unpredictable. Plus, since the cave was filled with water and the boys didn't know how to swim, the divers felt the need to teach them scuba d
Post a Comment
Read more

You want privacy? Check out the Toilets in ancient Rome

Are you PHUBBING right now ?

- July 09, 2018
(PHone snUBBING)  The constant use of smartphones and lack of human interaction.  For example, "phubbers" are people in the company of others who are endlessly texting or checking email. So are you PHUBBING someone right now ? Stop. That's rude.
Post a Comment
Read more 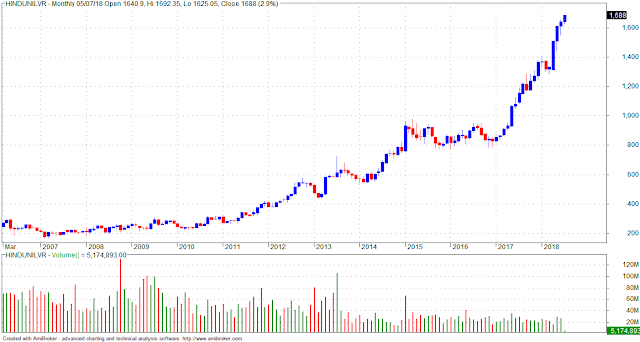 The chart was range bound for 4 -5 years and then gave a breakout around 300 levels. Since then there has been no looking back. The breakout happened in 2012 and the current price is Rs. 1688 giving a CAGR (Compounded Annual Growth Rate) of  34% .
Post a Comment
Read more

Two years ago my teacher sent the entire class on an assignment as part of our Principles of Marketing subject in which we had to visit different retail outlets and check which company manufactured them. I remember going to one such place with 3 other class mates, with Note Pad open in our phones and discreetly clicking pictures of all HUL products. It sort of felt weird at first because we had never done the picture clicking part before, but slowly got used to it as soon as we realized that the line of HUL products was just never ending. We submitted the assignment the next day and that was the end of the story. But just yesterday, I opened the HUL website again as part of my semester  VI Logistics subject assignment (yes I do get homework even in TY!). I was surprised by the products that I saw.
Post a Comment
Read more 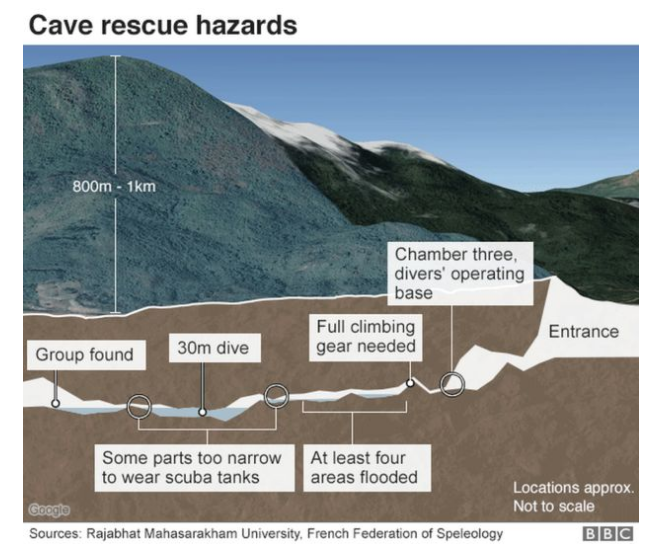 How are they bringing them out? Getting to and from where the boys are is an exhausting 11-hour round trip even for the experienced divers. The process includes a mixture of walking, wading, climbing and diving - all in complete darkness - along guide ropes already in place. Wearing full-face masks, which are easier for novice divers than traditional respirators, each boy is being accompanied by two divers, who will also carry their air supply. After an unseasonal dry spell, and furious efforts to pump out deep floodwater from the 2.5-mile narrow passageway separating the boys from the exit, the water was now at its “lowest” levels to date and most of the path was walkable. As per reports, 6 boys are currently outside the cave. SOURCE:  https://www.bbc.com/news/world-asia-44757804
Post a Comment
Read more

A Thai youth soccer team and its coach were found alive Monday in a vast, flooded cave complex where they disappeared more than a week ago, and a photo taken by rescuers showed the smiling faces of several survivors. The players, ages 11-16, and their 25-year-old coach had been stranded since June 23 in the Tham Luang Nang Non caves in Thailand's rugged, mountainous Chiang Rai province. Last week, the U.S. Pacific Command sent a 30-person rescue team to northern Thailand to aid the desperate search, which began when a mother reported her son had not returned from practice. The soccer team had not been heard from since. Teams from Britain, China, Australia and other countries joined the effort. SOURCE :  https://www.usatoday.com/story/news/world/2018/07/02/thai-soccer-team-found-alive-after-9-days-lost-caves/751274002/?csp=chromepush
Post a Comment
Read more 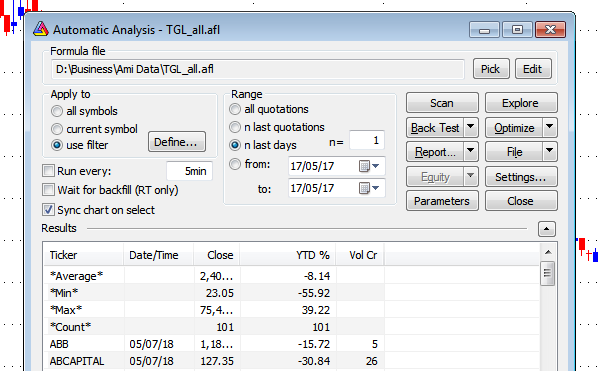 As explained in the  previous post  large caps account for 75% of the total market capitalization, mid caps 13% and small caps 7%. Now people are always in a dilemma as to where one must invest. Some prefer small caps & mid caps because of  the profit potential while others prefer large caps because of the stable businesses, good management and lower volatility. This report will present the year-to-date gains of large caps, mid caps and small caps. This data is as of 05-07-18 and is generated from Amibroker. NIFTY 100 The average return stock for NIFTY 100 was -8%. The top gainer was 39% positive and top loser 56% down. Here are the top 5 gainers and top 5 losers for NIFTY 100 stocks.
Post a Comment
Read more 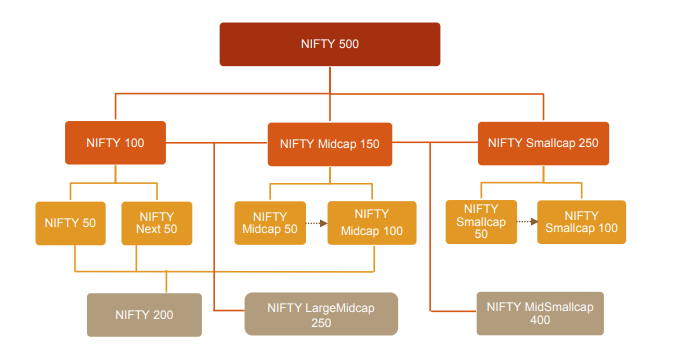 NSE has a beautiful classification of large caps, mid caps and small caps. Large caps commonly refers to stocks in the NIFTY 100 index. NIFTY 100 is a diversified 100 stock index representing major sectors of the economy. NIFTY 100 represents top 100 companies based on full market capitalisation from NIFTY 500. The NIFTY 100 Index represents about 74.8% of the free float market capitalization of the stocks listed on NSE as on March 31, 2017.
Post a Comment
Read more
More posts