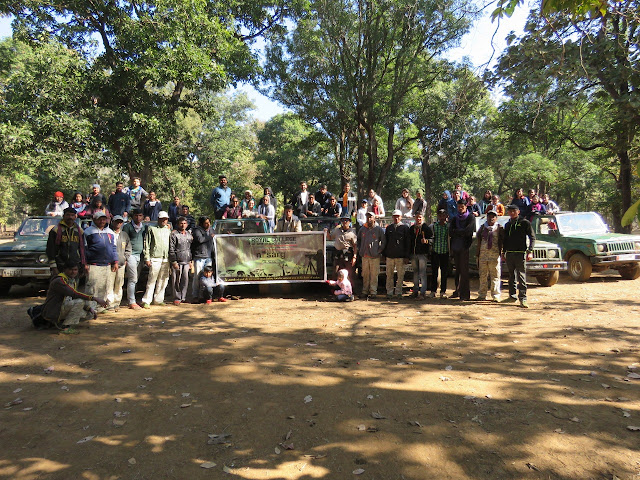 Presentations, college activities and research work had become my life. Spending 4-5 hours on the laptop and another 3 on the phone had become an everyday thing. Not that I was complaining, but when my college's Nature Club teacher in-charge Prof. Radhika D'Souza asked me if I would like to come on a 4 night, 5 days trip to the Nagzira Tiger Reserve in Nagpur, I immediately said yes. The trip was scheduled from the 28th of December to the 1st of January 2019. This meant that I would be missing my birthday as well as New year in one shot. But trust me, I didn't regret my decision one bit.

Our train was from CST at 3pm. There were around 40 other people on the trip (whom, by the way I didn't know at all; except for a few. But I later on realized that it didn't matter who you knew or didn't know at the beginning of the trip. By the end of it, there wasn't a single person whom you couldn't smile at). This was to be my first long distance train journey. So I was really looking forward to it . I learned quite a few things about  traveling in an overnight train in the first 3 hours itself. It was unlike anything I had ever experienced before. One tip to first time travelers during winters: Never underestimate the power of the wind. Two holes in the train wall made sure that I didn't sleep the entire night. But then, thank God for juniors! 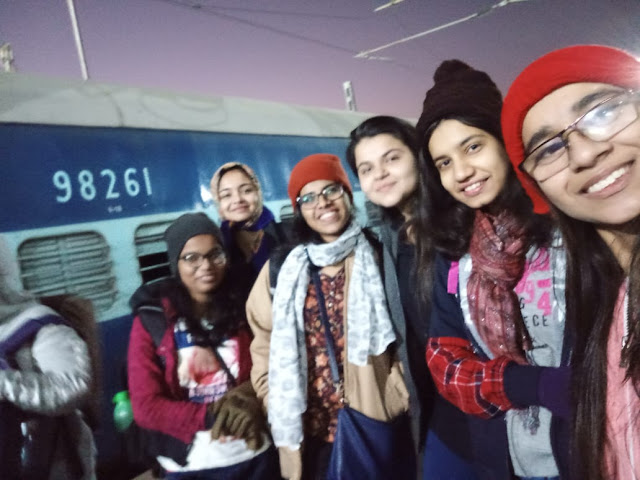 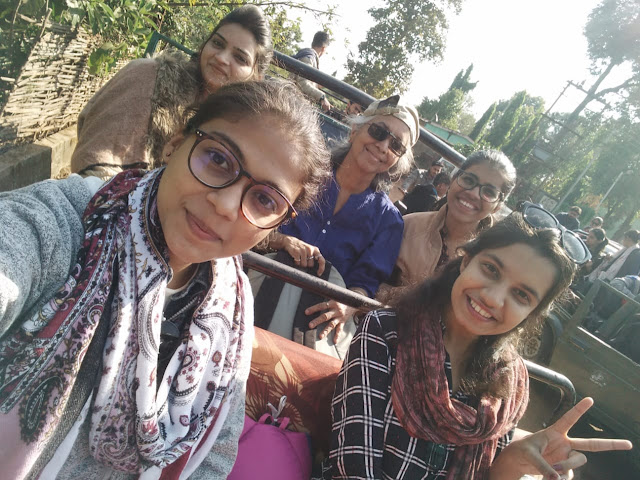 We reached Nagpur station at 6:00 am on 29th December. IT WAS COLD. Like reeeeaaaaly cold.

I was already wearing two layers and 2 sweaters. From there we all piled into 6 eight seater cars for our journey to the Nagzira Tiger Reserve which was around 2 hours away from the station. We halted outside the Pithezari Gate. A short camp briefing followed by lunch (made on the chulha, total village style) and then all of us went and sat in our respective open air jeeps. 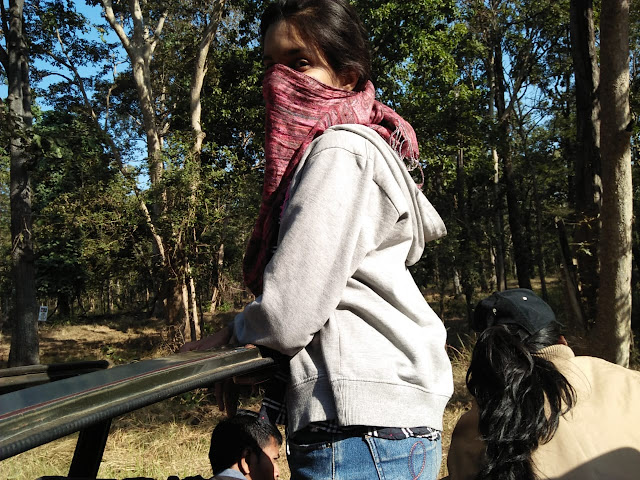 Each jeep had a forest guide, driver and one team leader (who was either an alumni well versed in animal and birds or Project Monkey guide) and 5 other passengers. Safaris were twice a day:
We would come back to the camp (which by the way, was bang in the middle of the forest - the core area - at a distance of 11kms from the gate, surrounded by langurs from all sides) only to freshen up, lunch, discussions and a few games.

The routine for the next 3 days was somewhat like this:
During all these days, let me make it very clear that the temperature was FREEZING COLD. Nagpur was experiencing it's coldest winter in 50 years at 3.5 degrees celcius. And since we were 120km away from Nagpur city, I'm pretty sure temperatures dipped to 1 degree. Luckily we didn't know about it that time as we had lost all contact with the outside world (no network in the jungle for 3 days straight - a welcome change). It was only later that we came to know about the sudden drop in temperature. And after that, everyone was out feeling really chirpy and proud of themselves for enduring all the cold (we Mumbaikars wear sweaters even for 25 degrees)!

I had never slept before 12am and woken up before 9am on my birthday. But this year, I did both. And never before had I had an impromptu Forest birthday party and 40 people singing for me!

But the best part was us sighting a leopard on that day itself. 12 feet behind our open air jeep!!! You won't believe how that happened! 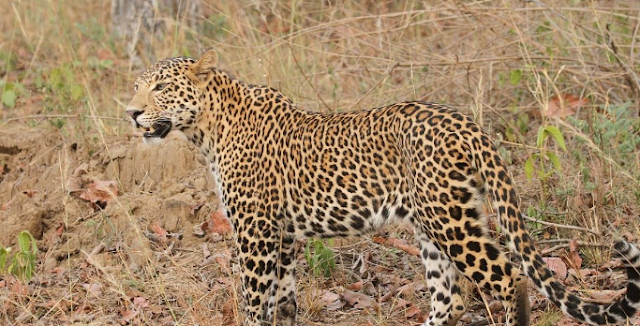 Each safari for us was different. The reason being that every time we went out, we took a different path, a different trail and ended up sighting an entirely different set of animals and birds. Our guides and team leaders were fantastic. They had so much knowledge on every single thing that we saw, that I was awestruck. Their passion for nature was very apparent.

The 3 best sightings for me were:
1) The Indian Goar
2) The leopard
3) The wild dogs

The Indian Goar was MASSIVE. The definition of masculinity. Big, black guy with ankle high white socks. One look at him and I freaked. Somehow I had this feeling that if he, even for a second, got irritated and decided that we were an annoying piece of metal obstructing his path, he wouldn't think twice before over turning our jeep. And I wasn't wrong about that. My guide later on told me that he did have the strength to do so. Even leopards and tigers don't hunt him. 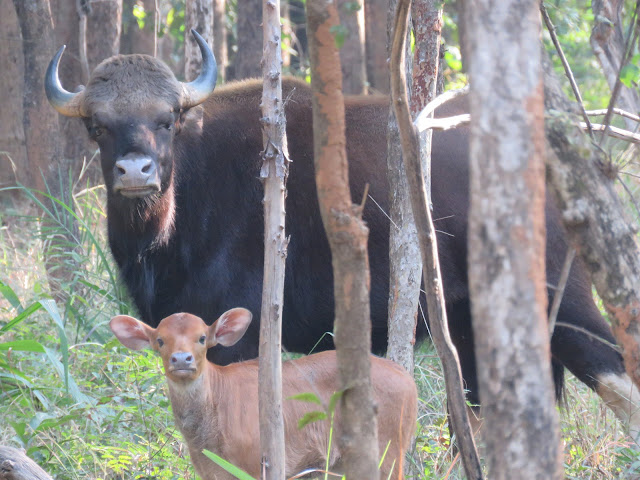 The leopard we saw on the second day of our safari in the morning was handsome/beautiful (I don't know if it was a male or a female). It was smaller than I expected, but we all knew the difference between him and us. The minute we all spotted him, there was pin drop silence in the jungle. Except for the warning calls, there wasn't any other sound. It was as if everyone was giving him his space. He walked and crossed the road right behind our jeep. For a minute it looked as if the road was a runway, and he, the show stopper. Literally sauntering.

The surprising part was that the leopard himself didn't frighten me. The fact that he was just 500 mtrs away from our dorms was what freaked me out. The previous night, the guides did tell us that leopards had been spotted, but we thought it just a fib to stop us from going near the boys rooms. But that morning's leopard sighting ensured that none of us stepped out of our rooms that evening after dark. And plus, dark over there meant pitch black. There may be some rule of having no lights on after sunset because there weren't even porch lights. So you had to walk with someone and hold onto a really strong beam of light if you didn't want to bump into a langur or worst case leopard in the middle of the evening. 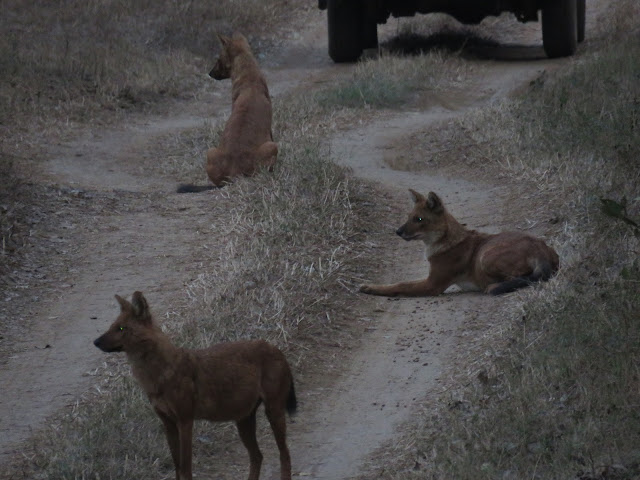 The wild dogs at first sight, didn't look anything great. They weren't intimidating at all. But then there is a reason why people say "Never judge a book by it's cover". Our 2 camp coordinators got really excited when they saw the wild dogs. Or should I say, pack of wild dogs. Brown in colour and always roaming in groups, these animals are the "ruthless killers" of the jungle. Safety in numbers; and so is the guarantee of food for them. Apparently, they know that are too small to attack alone. So what they do is, they chase their prey for hours in groups. When three dogs tire out, the other three take over. With perfect sync and coordination, they close in on their prey, eventually tiring it out and in the process slowing it down. Still, these guys are incapable of making what we call, a clean kill. So they start biting off parts of animal muscle during the chase itself. They don't go for the neck. This results in a slow and painful death for the victim. 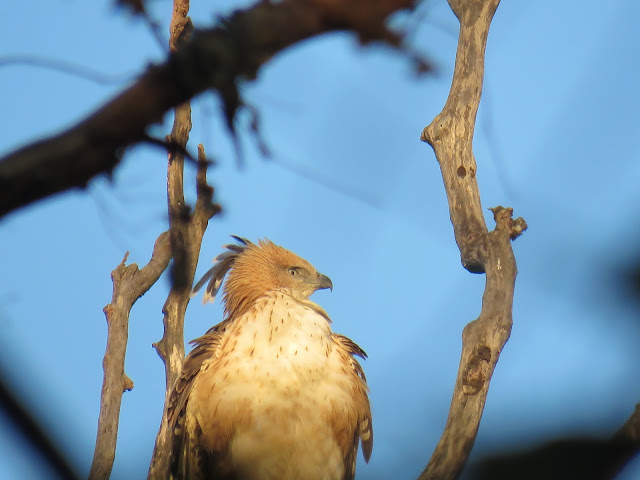 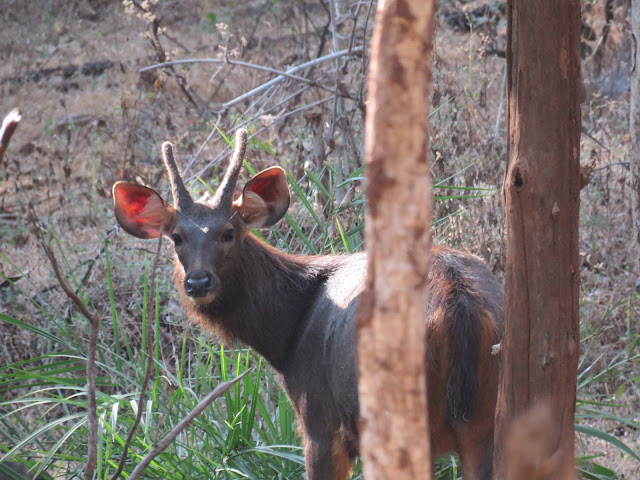 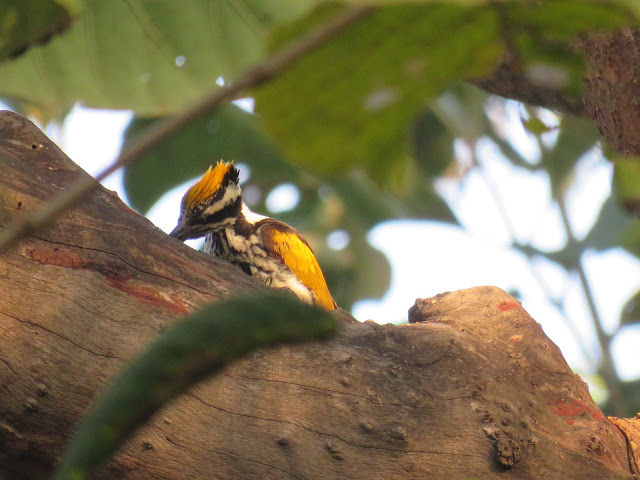 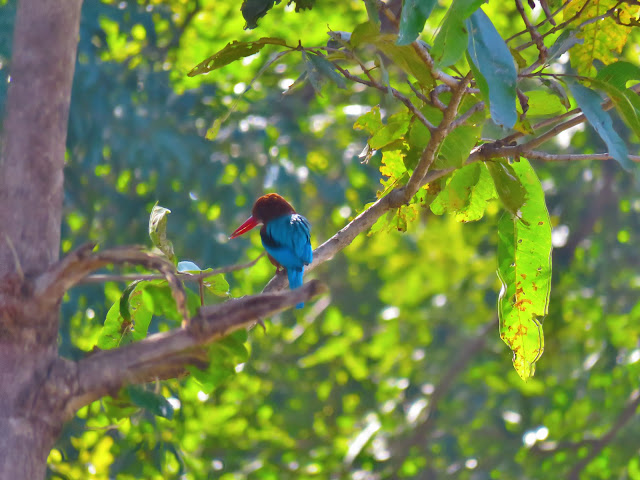 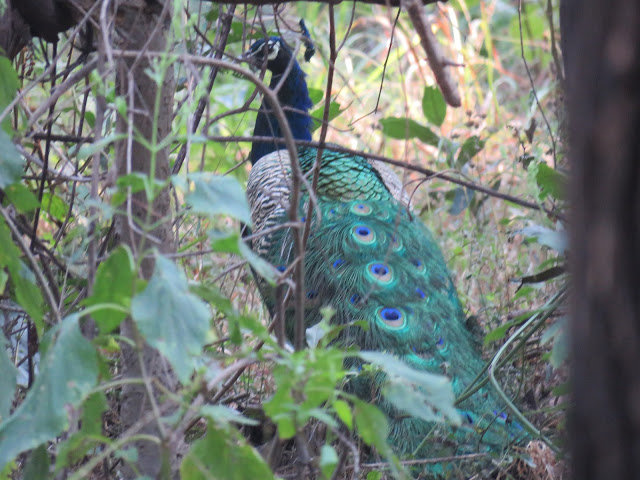 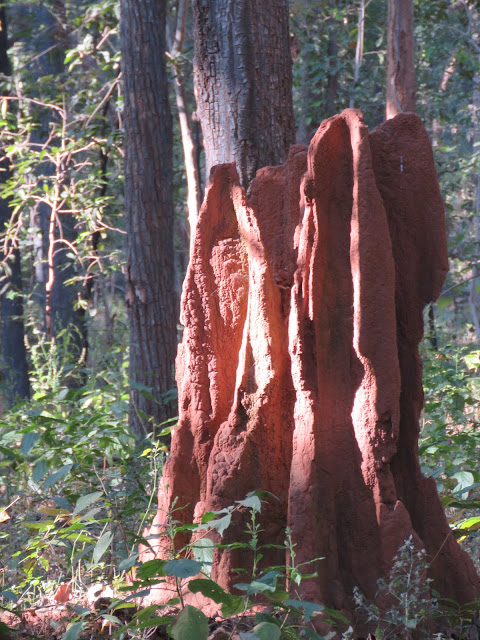 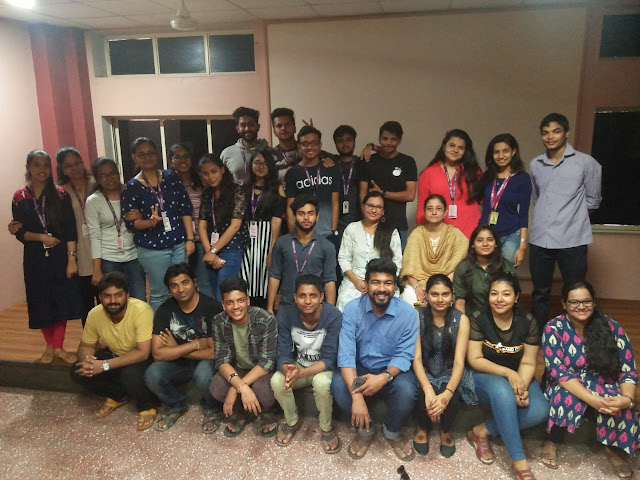 Nagpur was a lot of fun! Seriously, I believe that there are a lot of places inside India which one should visit before going International. Train rides and car drives are way better than planes. Because you end up starting (and enjoying) the vacation from the first roar of the engine itself, in the process appreciating a lot of natural beauty, rather than starting after your plane lands!

A big Thank You to Prof. Radhika and Project Monkey for giving me this trip and making sure I spend quality time with Nature. Thanks for so many "lifers" as well!!

*Lifer - The first time you sight any animal/bird

BY THE WAY, there weren't any crows in Nagpur. I wonder why ?