A tribute to Mahatma Gandhiji on his 71st Death Anniversary 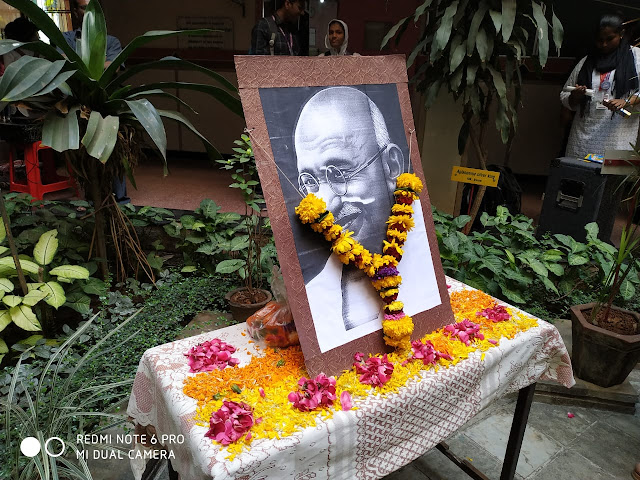 All throughout the year, our college keeps conducting events organized by different clubs and committees. Along with this, we also have DAY OBSERVATIONS where students get together and put up charts/skits/documentaries to spread awareness about something.  On the inside, it seems quite boring to do because it takes around a week to organize but the show gets over in less than 15 minutes. But on some days, it's totally worth it. Like today.

The Student Council members, NSS volunteers and NCC cadets of my college observed Gandhiji's death anniversary as Martyr's Day today. They put up a beautiful Shraddhanjali set up and performed a skit followed by a candlelight march in the corridor. It was beautiful. I also want to share Bapu's background story with all of you. Since it's probably been quite a long time since anyone has spoken or written about him (I'm guessing your last time would've been during your 10th boards History/Civics paper). 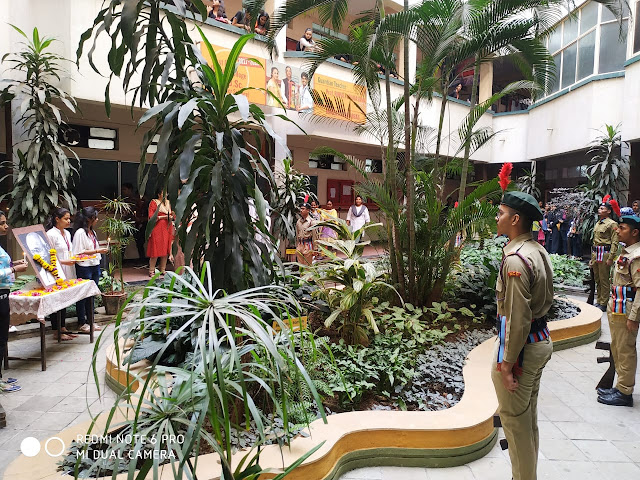 Someone has rightly said, “The present of our Nation stands on the foundation that has been laid on the lives of the freedom fighters.”
India celebrates Martyrs' Day or Shaheed Diwas every year on January 30.  This day is chosen to honour our brave martyrs who laid down their lives for the country. But what made the nation mark it as the day to  honour the fearless warriors?


On January 30, 1948, Mahatma Gandhi, The Father of The Nation, was assasinated by Nathuram Godse in the Birla House during his evening prayers…...an incident which shook the entire nation to its core.
Well….Who doesn’t know the complete name of Mahatma Gandhi, i.e. Mohan Das Karam Chand Gandhi popularly known as Bapu, who was born on 2nd October in the year 1869. Mahatma Gandhi was a great freedom fighter who spent his whole life in a struggle for the independence of India. Today we stand united and independent as a nation because of the sacrifice and concerted efforts of such great personalities who didn’t bow down to the adverse circumstances posed by the British Raj and emerged victorious at all odds. 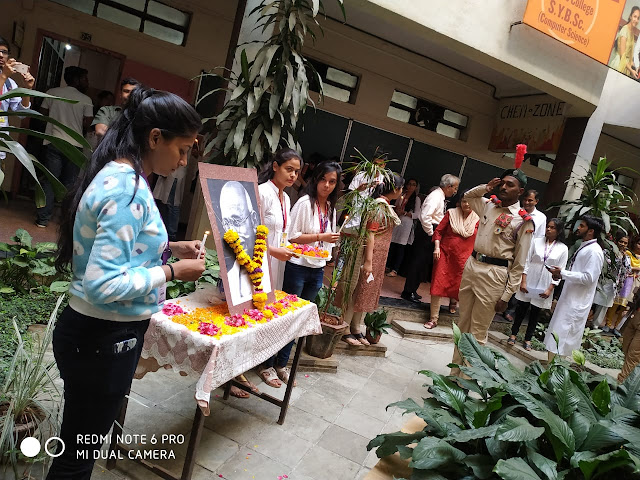 Born in Porbandar, the coastal town of Gujarat he went on to study law abroad. He was a pioneer in fighting for the civil rights of the Indian citizens.

After returning to India from South Africa in 1915, he started fighting for the rights of local farmers and workers against high taxes and discrimination. Later he joined Indian National Congress in 1921 as a leader and started his contribution to the independence movement and started forming The Swaraj which means self-rule. He also launched the great historic movement called the Satyagraha movement against Britishers. It was under his leadership that Congress began such movement as non-cooperation and non-violence to oppose the unfair laws of the British government. Then there was the momentous Dandi March that happened under his leadership which did not comply with the Salt Law and led to its rupture.

In the year 1942, he began yet another movement called the “Quit India” movement and forced Britishers to leave our country. At last, under his successful leadership India won back its independence on 15th August 1947. 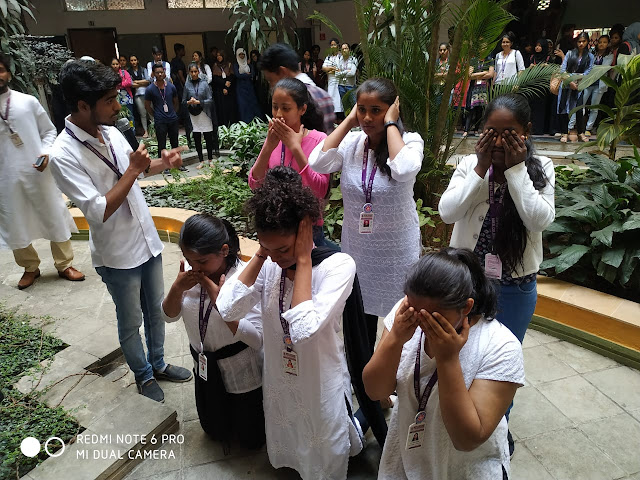 The man dressed in loin-cloth with a frail body weaned magical influence upon others. He believed in living a simple life with no ostentations. A poor village called Sevagram was a place he belonged to and lived his life. It was from there that he took the onus to free India from the bondage of slavery.

Mahatma Gandhi, truly, was a great personality who served his motherland throughout his life. He enlightened our lives with the true light of freedom from British rule. He proved that everything is possible with the non-violence and unity of people. And therefore even after his death, his principles, his morals and he himself is still alive in the heart of every citizen, every Indian as a “Father of the Nation" and or as we fondly call him - "Bapu”.