- June 04, 2019
The journey is more important than the destination. I learnt driving 2 years ago (enrolled for a driving class 3 days after my 18th birthday) and since then I’ve driven on every possible type of road. But I wanted more. Flying by air didn’t excite me. I wanted to look out of the window to trees and open roads; not clouds. 2 weeks ago after lots of pleading or logical reasoning (as I like to put it), I finally convinced my parents to accompany me on a road trip to Goa. At first, they were a bit apprehensive of the length of the journey (owing to previous bad experiences with bus travelling), but then again, you gotta do what you want to do. 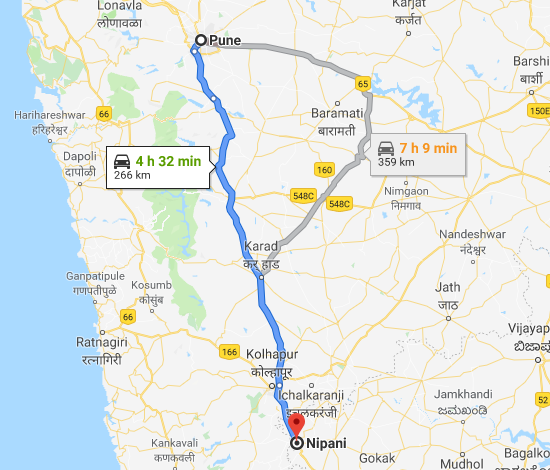 Note: Just after the food mall at Lonavala and before the start of the ghats, is a small scheduled jam which takes place for the first 15minutes of every hour. Reason: There is some work going on the side of the mountain wall. At this time, both sides of the road are closed. So don’t try to be a hero and come up the wrong side. I saw one car being sent back and it did not look good.

After an overnight halt at Pune..... 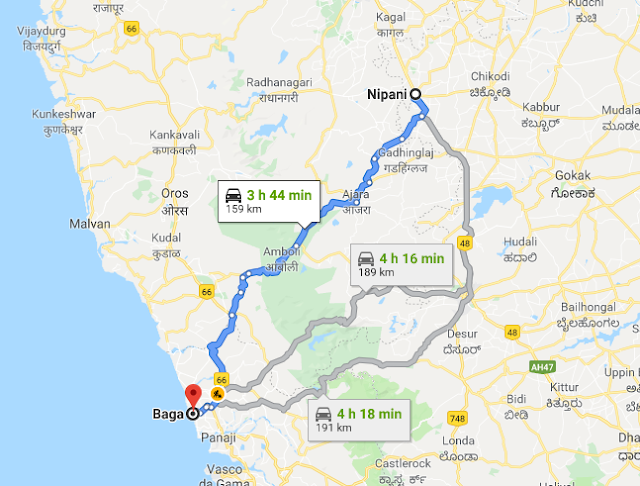 ........we left for Baga, Goa at 6:30am and reached at 5:00pm the same evening. We went during what was supposed to be the worst time to visit Goa. But surprisingly, Goa was cooler than Pune. 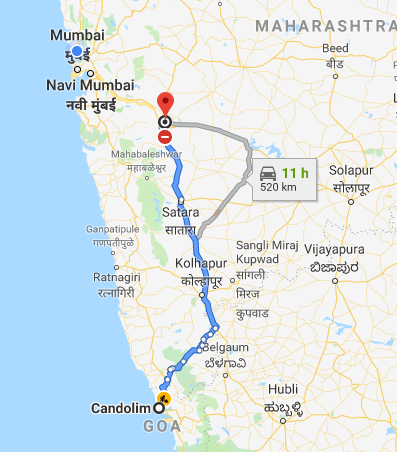 The Mumbai – Goa road is THE BEST if you ignore the right turn to Amboli Ghat and instead take the Chorla Ghat after crossing Belgaum City (there is no bypass so you will have to do through the city). This route is around 45-60minutes longer but a hundred times better than the Amboli Ghat. Both ghats are 3hours long and winding. The only difference being that the former is extremely bumpy and narrow whereas the latter is smooth as silk and with some amazing views and a lot more cars on the road (so you’re safe and have someone to help you out in the unfortunate event of a breakdown. You don’t want to be stranded alone after sundown at 2000ft).

While going, we took the Amboli Ghat and trust me, I wasn’t prepared for what followed next. Ours seemed to be the only car on that road for quite some time (which was kind of scary). Also, it was really bouncy with all the khaddas. There were so many of them that trying to avoid one would invariably get you into another. Secondly, there were way too many diversions as we were nearing Goa (because of all the road widening). Good news is, if you decide to go after 5 years, you may not face all these problems.

On the return journey, we took the Belgaum route which takes you up the Chorla Ghat. You can blindly trust your GPS while leaving Goa. You may expect to be taken on the big wide roads in the first half an hour of leaving, but Google will tell you to take an inner shortcut (which in our case was via Marcel) which may take you in small lanes for around 2 hours or so. Don't doubt her or listen to the locals (they normally only know the main roads and not the inner ones). Follow the boss.

Note: The GPS is your best friend when travelling to and in and Goa (as you will see in the next post) provided you understand her when she says “Take the second exit after the roundabout”. (We had some serious communication problems while in Panjim). Also, a lot of time she says to stay on the same road for anything between 4kms - 20kms. Listen to her. If possible, buy one of those phone stands that all Ola and Uber drivers use. They personally were of great help to me.

Also, always add atleast 2 hours to whatever estimated time the GPS tells you in which you will reach your destination. That way you won’t get frustrated about reaching your location (if you’re a passenger).

Another annoying thing were the tolls. If you count the Mumbai – Pune toll, there are 5 if you go via Amboli Ghat and 6 if you go via Belgaum City. You can easily keep Rs.1300 (both ways combined) aside just for tolls. Luckily for us, there wasn’t much of a line for the tolls. Also, vendors out there sell some really sweet karvandas for Rs.10 a cup. I think we bought one wherever we found them.
As I said earlier, the Mumbai – Goa route is one of the BEST ones. As you near Kolhapur, you will be surrounded by fields as far as the eye can see. 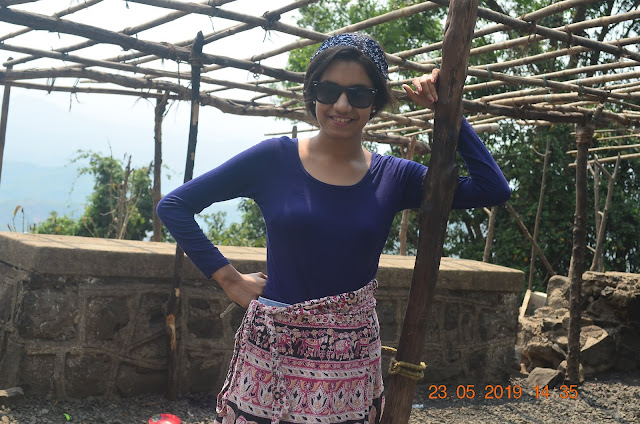