The Beginning of the End - Code Red for Humanity 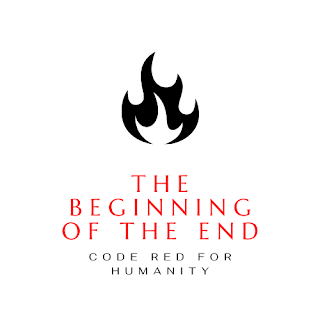 Over the last 4 days, news articles have been pouring in of how badly screwed we are thanks to all the 'warning bells' the generations before us have ignored. I'd like to think that our parents' and grandparents' generation wasn't so much at fault but there doesn't seem to be a lot of other people left to blame for the state of our environment right now.

What's all the uproar about?

The IPCC has in it's latest report said that global heating has arrived which will see Earth’s average temperature reach 1.5 degrees Celsius above preindustrial levels around 2030, a decade earlier than projected only three years ago, according to a landmark UN assessment published on Monday. The threshold will be breached around 2050, no matter how aggressively humanity draws down carbon pollution.

“This report should send a shiver down the spine of everyone who reads it," said Dave Reay, director of the Edinburgh Climate Change Institute at the University of Edinburgh, who was not among the authors.

“In the unblinking delivery style of the IPCC, it sets out where we are now and where we are headed and climate change: in a hole, and still digging."

Are we prepared to handle this?

Yes and No. While mostly everything is predicted and estimated, there is a big difference in actually tackling situations like these. This means that while rescue teams may be on standby, it may happen that things may go out of control and we may be outnumbered. Man-made disasters are scary enough, not the mention the once-in-100-year-rainfall-all-in-one-day that we get. Combine these two and you literally are the mercy of Nature.

Growing up, I've seen a ton of people treat the planet as their safety net, not realizing that there are now holes forming in it which are slowly becoming irreparable. I may have a hand in this too; using plastic straws, plastic bags for shopping, littering around and what not till I learnt that it was the wrong thing to do. It's disheartening to see parents not teach their children the right way to treat their home planet; considering this is our one and only home and the fact that there isn't another planet we can live on yet (I know Mars is an option; a very expensive one at that, but it's still work in progress and too much into the future).

The one good thing is that the current generation is aware of what we are up against and have already started taking steps to spread awareness. Now this change in mindset and behaviour is not an overnight occurrence. The credit for this goes to all those educational institutions who pushed their students into nature related extra-curriculars or organized Nature related events and the few parents who corrected their kids when they took the planet for granted. It's been years in the making. While we may be a little late to save a few things, I hope that the people elected in charge of situations like this put the needs of the planet before their personal greed and are able to turn things around in time before it's too late.

For more information on the subject matter visit: