Showing posts from April, 2017
Show All

I once asked my friends. Given a choice between Snapchat, Instagram and Whatsapp, what would you uninstall ? Surprisingly, all three options got the same amount of votes. We are sooooooo attached to our apps, aren't we ? Recently news came up that Snapchat's CEO had stated in a 2015 interview that he wasn't going to expand his Snapchat updates (the ones that all US people have but somehow is missing from India)  to India since it was a "poor country". Now Indians would say that it was stupid statement to make. All sorts of memes came out trolling Evan Speigel. But I don't blame him for his ignorance. Afterall how would he know that Indian rickshaw drivers and dhoodhwalas own Rs.15,000 phones (now I can go on this, but I know the internet is free and you have the best phone in the world so go check this out   What the Wuck Facts  ) Anyways, net result was a huge Twitter backlash from India. His twitter feed would have blown up by now ( Yes, the Snapcha
Post a Comment
Read more

Drugs, Alcohol, Cigarettes have always been and will always be considered as an addiction . This list just became longer. In the age of internet and photographs (primarily selfies) FAME has secured its place in the Top 5 Addiction List. Instagram, Youtube, Snapchat ; all these social networking sites require you to go public ( which is OK because nowadays people find out - legally or illegally). Today, every Tom, Dick and Harry has a Youtube channel to their name. But only they truly know how much they actually earn out of it. Now I am not referring to the stars with 1 million plus followers. They are on a totally different page.
Post a Comment
Read more

Mumbai University has finally opened its DIGITAL LOCKER facility for all students and alumnis where they can store all their important documents such as degrees, details of AADHAR card, photographs, marksheets etc for use of higher studies and future job applications. This online process aims to reduce processing time by more than 80%.
Post a Comment
Read more 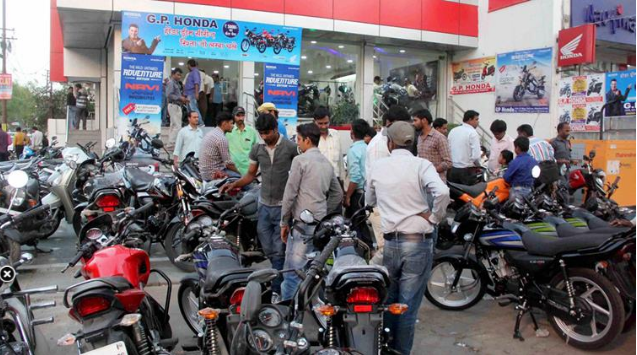 Yesterday was the last day that BS-III (all cars, trucks, motorbikes whose engines emit 2.30gm of carbon monoxide which is now quite harmful to the environment) type of vehicles could be sold in India.
Post a Comment
Read more
More posts