- October 23, 2017
Dhinchak Pooja is in the house baby Yo Yo.... Bigg Boss 11 mein ab mazaa aayega kyuki ab woh aa rhi hai Yo Yo.... Kaano mein aag lagegi boss . These were the answers that I got from my friends on Snapchat who were watching the Sunday episode special. Everyone was like are yaaaar. Only thing is I don't know if that was said in an OMG-I-can't-see-BB-anymore kind of way or in an I-feel-so-sorry-for-the-inmates kind of way. But you know what guys, whether you like it or not she's there now, and you can't do anything about it other than stop watching Bigg Boss (Which I doubt will happen. Everyone's addicted). 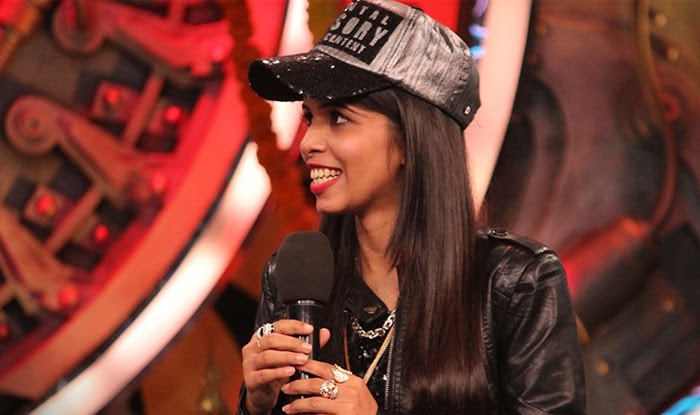 But I have to say two things.
1. I admire that girl's guts.
2. Bigg Boss just played their trump card.

Dhinchak Pooja isn't a robot or some alien from outer space. She is just a normal girl who felt she was good at singing (or rapping), who had quite a few supporting friends, a red scooty, an Audi (maybe hired) and loads of guts to shoot a totally cringe worthy music video which ended up going viral by luck.

Now everyone can complain and troll her all they want but you have to admit this:  Each one of us has contributed to those 26 millions YouTube video views that her Selfie maine le li aaj song has got. So technically we are responsible for making her an overnight sensation so much so that even Bigg Boss had to call her as a wild card entrant on the show to add some masala and boost the already high TRPs. I myself have shared that song with atleast 10 people. Not to mention the number of people who have forwarded the link to me as well.

I really don't blame her for doing what her heart told her to do. Very few of us have been able to do that if you see. Society kya kahegi sochke we all back down. But it doesn't matter now. She's in the house baby! So those who haven't heard about her yet will come to know who she is and probably become her '' fan''.

However I have a feeling that she won't be able to fight or take panga with anyone that much. And even if she does the only weapon that she's got is her voice and the cringe awesome lyrics that she writes. And when that happens, forget the BB inmates, you yourself are going to run out (or get evicted by mom) from your house!

Let's hope that incase or whenever she gets evicted (or wins; you never know) she will come up with another song so powerful that it breaks Despacito's records in another dimension!  *wink*
Social Media & Internet Trending