When a crater on Venus is named after India's Dr. Anandibai Joshi 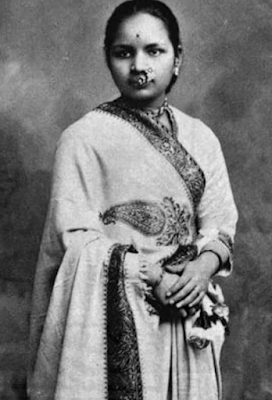 Dr. Anandibai Joshi became India's first lady doctor when girls' education was not given any importance.
Although she lived only for 21 years, she managed to achieve so much that now a crater on Venus is named after her - "JOSHEE".


Yamuna(renamed Anandi by her husband), born in March 1865 in Kalyan was married at the tender age of 9 to Gopal Vinayak Joshi (a post master ) who was 20 years her senior. Anandi, got encouragement from her husband to study English and Sanskrit.


When she was 14, she lost her newborn due to absence of medical care as there was only one doctor available. Her husband was then transferred to Alibaug and then to Chennai. During this period of time, Anandibai didn't keep well, suffering from headaches, weakness, fever and breathlessness. 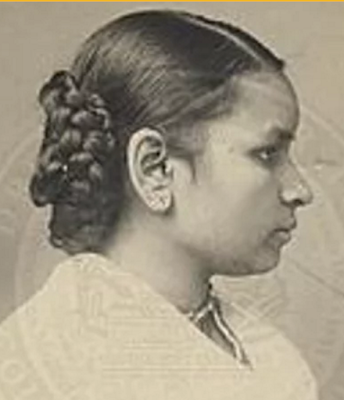 Later, Anandibai's husband encouraged her to go to the United States of America to acquire a degree in Medicine. He even wrote a letter to the authorities which was later published. However, it was a woman by the name Theodosia Carpenter who offered to accommodate Anandibai when she came to USA.

In that time, when there were no aeroplanes and the only ways of inter country travel were waterways, Anandibai endured and survived a sea voyage to the US where she was met by Mrs. Carpenter. 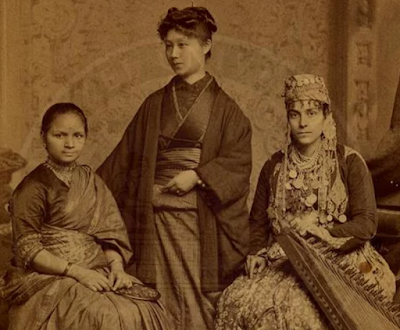 Dr. Anandibai Joshi with her batchmates from Japan and Syria

Anandibai was the first woman of Indian origin to study and graduate with a degree in medicine from the US. She also won a scholarship of $600/- .
Her dessertation was on "Obstetrics among the Hindu Aryans".
Even Queen Victoria acknowledged her achievement.

By now the strain of a different culture, and the cold and damp had affected her and she developed a persistent cough. This cough turned out to be tuberculosis which later claimed her life. the 21 year old died without getting a chance to practice in her country. 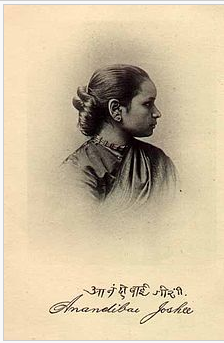 DR. Anandibai Joshi with her signature

Yet, we admit that even in her short span of life, she contributed a lot to her field and to India's glory.