The end of Indian Daily Soaps in my life 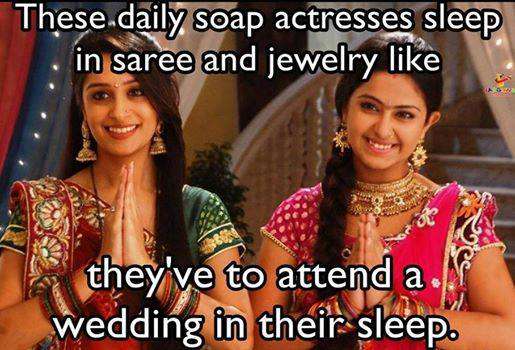 Around a month ago, I suddenly got bored of Indian daily soaps. The same story repeating everywhere; a spoilt brat from a rich family meets a girl who he does not get along well with since she does not belong to his financial status. He marries her because of some business deal or scandal he needs to avoid. The family doesn't approve but slowly starts liking the girl because she is extremely sanskaari and the grandmother's ideal daughter-in-law. Slowly the guy starts falling in love with his wife but just as he about to confess his feelings, either one of them meets with an accident or comes to know of a haunting truth that will break and spoil the family's 100 year old reputation. The only means of avoiding this mess is to get a divorce and leave. Then starts the story all over again of getting back the girl. Not to forget the hundred odd sub plots that keep continually cropping up with someone or the other trying to wreck havoc in the family consisting of not less than 7 people (because dude, we live in India. No joint family = no family drama = no high TRPs). Add to it the number of marriages and re-marriages that happen on the show. Plus in all Indian daily soaps it goes without saying that no matter what time of the day or night it is, you have to be all decked up with tonnes of makeup on. Nowadays, production houses even go to the extent of making the entire family dress up in clothes of similar shades. I mean common, how much of a coincidence can it be?

All in all, let's just say Life became too predictable.

All these factors put together made me realize that I wasn't getting anywhere with this ( not that anything great is happening now, but I'm sure in a happier space). That's when I decided that I was going to go International. Total change. No Indian soaps for a month.

The first place I tried was Netflix. This is a story in itself. There was this guy who really liked my friend and wanted to meet her. But she wasn't interested at all. One fine day he got a brainwave and said that he would share his Netflix password with her if she met him for half an hour. And that was it. Like a good friend I tagged along, met up, did nothing but stared at our phones as if we were the busiest people on the planet, endured 30 minutes of awkward silence, had a coffee at 1:30 in the afternoon, said our goodbyes and left with the Netflix password. Not bad at all. Indian Jugaad I tell you. *hehehehe*.

The story after that proceeds pretty fast. I binge watched the entire Riverdale series in 2 days till my eyes almost popped out of their sockets. The only worthwile scenes in the entire series other than obviously Cole Sprouse was seeing:
1) Jasons's killer was his dad. (Disclaimer: I knew that beforehand but the way they revealed it sort of disappointed me).
2) Jughead putting on the Southside Serpents jacket followed by Betty's horrified expression and that BG music. Gave me the chills that scene. I next attempted watching 13 Reasons Why. My true intention this time was to see the entire series dutifully but I am the most impatient girl in the world. I watched episodes 3,4,5,6,7 and then jumped directly to 13. And that was the end of the story. Short and Sweet.
But by then I was bored of Netflix.

Looking for new options, I stumbled upon a Korean video trailer of the K-drama K2 starring Ji Chang Wook and Im Yoon-ah on YouTube.

Welcome to a new chapter in my life. The reason I started learning Korean. 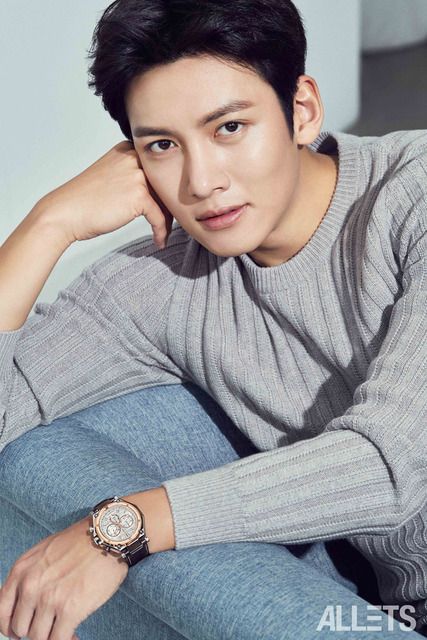 FOR THE SEQUEL TO THIS POST PLEASE READ - The reason I started learning Korean
- K-Pop Celebs, Bands and Korean Words