Law Conversations with an Auto Driver 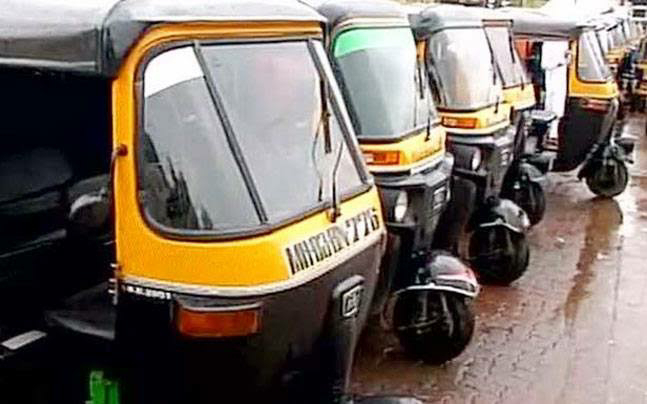 Like any other evening on my way home from work, I went to stand in the share auto line for rickshaws, when one guy popped his head out of his auto to ask if I wanted to get in (note: there were already 3 men sitting inside). I nodded in agreement and in less than 30 seconds one of the men was asked to sit in front.

Three minutes into the ride, the driver and one of the uncles sitting beside me got into a small (but very respectful) disagreement. The conversation went as follows:

Passenger Uncle #1- Why do you need 4 people to start your journey. This is a 3 seater vehicle.

Rickshaw wale Bhaiyya - Saab, no one after 7 PM will start their gaadi without 4 people.

Passenger Uncle #1- This is wrong. Kanoon aisa nhi hai (It's not the law). Increase the per seating rates if you want. One day a policeman will catch you and you people will go on strike, leaving us stranded.

Rickshaw wale Bhaiyya - Siri, yaha 7 baje ke baad Police ka kanoon chalta hai. No one will touch us. The other day, some Union Leaders came and protested that only 3 people should occupy one rickshaw. Later on, people started making another queue at the next junction to sit in front with the driver.

Passenger Uncle #1- I'm not blaming you. Main isme public ko hi doshi maanta hu (I blame the people for this).

(Passenger Uncle #1 gets off at his stop)

Rickshaw wale Bhaiyya - Yes yes. Sab zarurat ki baat hai. I'll bet Rs. 50 that tomorrow if he doesn't get an auto on time, we'll be seeing him sitting in front without complaining.

20 year old me in the corner, with my headphones on (but no music playing), intently listening in on the conversation, finally understanding that this big world is so complicated that in one tiny auto, 4 people in a 5 minute ride can have and voice four very different opinions and still be right in their own way.