- May 20, 2017
My First International Holiday. Travelling in foreign countries where there is a big language problem is kind of risky especially if it's your first time abroad. To avoid any sort of trouble, we booked our travel tickets via Kesari (which is quite expensive by the way, but gives the best service ; so we don't regret that decision).  Our package was a 3 nights in Pattaya and 2 nights in Bangkok one and we were to travel along with 30 other people in the group. 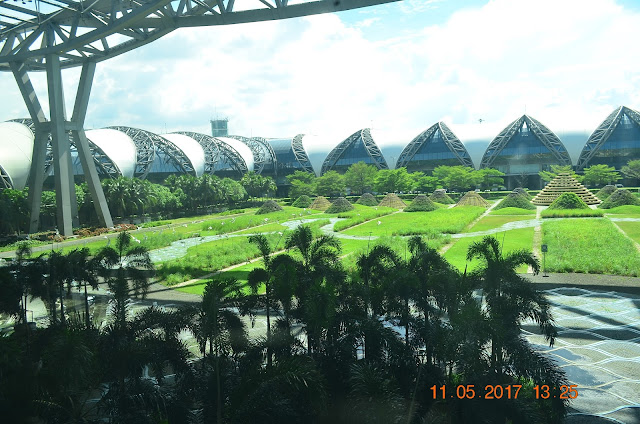 Before we left, Kesari gave us a travel itinerary (which made packing tremendously easy *wink* *wink* ). Along with that we received a helluva lot of stuff. Our flight was scheduled to leave at 8:20 am from the international airport. Thailand has two airports; one being Don Mueang and the other one being Suvarnabhoomi Airport ( the one which we came and went by). When we arrived it was the onset of the monsoon season so the weather was cooler as compared to Bombay which was a huge plus point. On arrival, we cleared immigration and met our local tour guide Aeya who was a sweet bubbly person. She gave us a lot of extra information during the trip which helped increase our knowledge on Thailand. 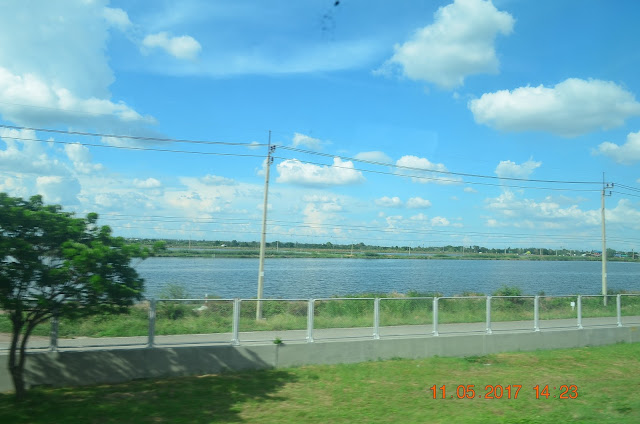 The moment we landed at Suvarnabhoomi International Airport, Bangkok, we left for for Pattaya which is a two hour long bus journey. It was FANTASTIC. The scenery was awesome. The roads were beautiful. For the major part of the journey, we had a good view of small waterbodies. The roads didn't have much traffic so we made it to Pattaya in record time where we checked into our hotel Golden Beach. 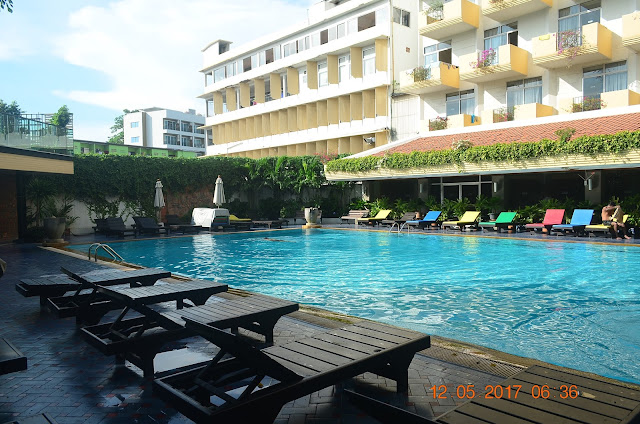 This hotel was five minutes walking distance from their beach. Now there are a few things which struck as very different from India.

1. Not one vehicle honked even once, even though there were no signs put up anywhere. ( Which is personally my favourite which I think should be implemented in India as well). 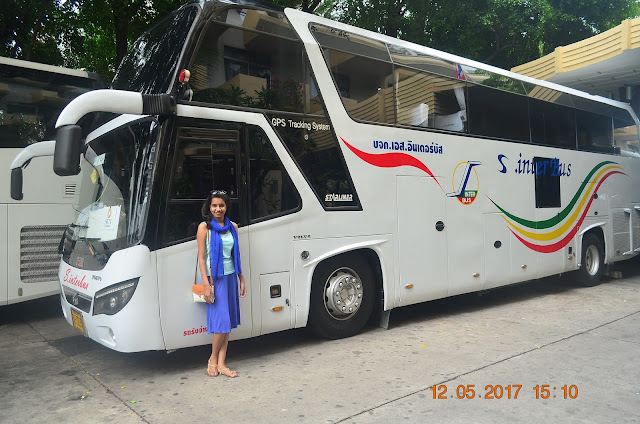 2. Every vehicle whether small or big would immediately slow down to allow pedestrians to cross (brakes in India as a rule are applied only at the last moment when the driver realises that it's the only way to avoid an accident *sarcastically speaking*).

3. There are huge posters of their late King Rama IX who died around a year ago and black and white cloths adorning the railings of all boundary walls. 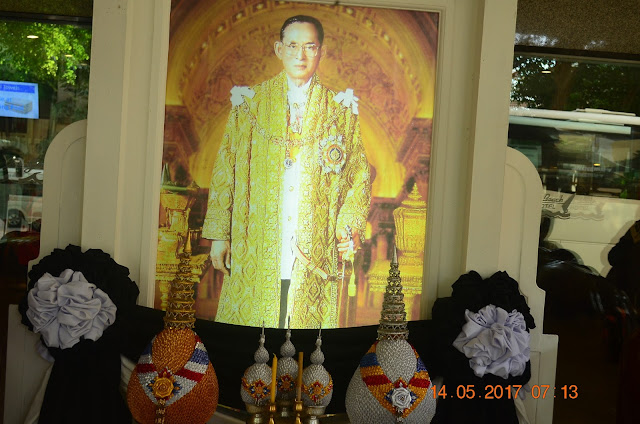 4. Every road was one way. So to get to any place even if it was just round the corner took a minimum of 10 minutes by bus to get there.

5. There were lots and lots and lots of massage parlours. (Not the sleazy ones mind you. These had a see through glass and were very reasonable).

6. There weren't any kirana /  grocery stores.There were only two every 100 metres - 7eleven and FamilyMart.

7. Their roads very EXTREMELY CLEAN. ( No wonder I didn't see any dogs).

It was already 6 by the time we checked into our hotel. By 7:30 pm we left for the famous ALCAZAR SHOW. This show was excellent. The costumes, songs, steps, dancers, backdrops changing for every song, everything took my breath away. All the lady dancers had perfect figures ( I later came to know that none of the people performing were women. All of them were transgenders. In pattaya they were known as lady-boys. Woaaaahhhhh. They were stunners #stunnners) 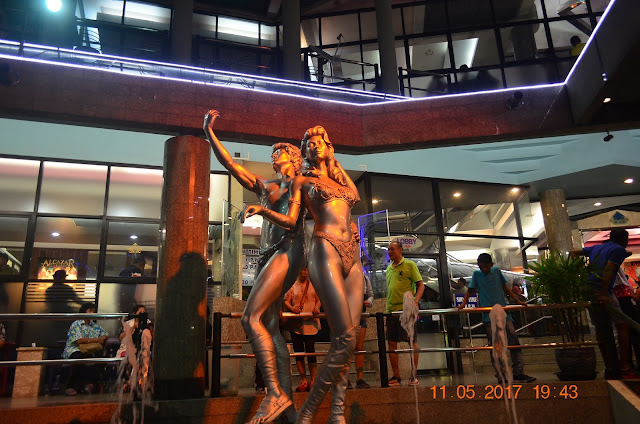 One good thing about Pattaya is that it's very relaxed. No one's in a hurry. The town is actually kind of sleepy and wakes up only at around 11 am. The actual business starts at 6 in the evening and doesn't end until 2 am. Pattaya is hence known as the CITY OF NIGHT LIFE. 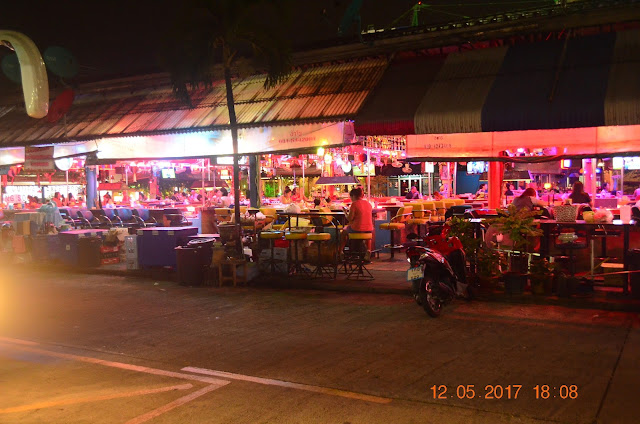