- May 22, 2017
Our last day in Pattaya. Nong Nooch Village is not a village in true Indian sense. *wink* The whole place actually belongs to one lady. It's private property and is named after her. The place is beautifully designed and well thought of. The entrance itself radiates positivity. Nong Nooch Village is something like a jungle safari; only difference being that here there are life-size-non-living animals. There is a dinosaur valley, animal walk and a temple for the four faced God. There is even a Butterfly Hill along with a pottery garden where all the structures are made with earthenware pots (which had sponge filled in them; I checked). 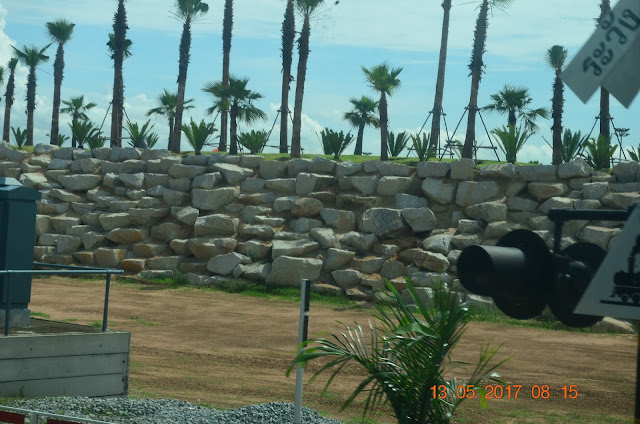 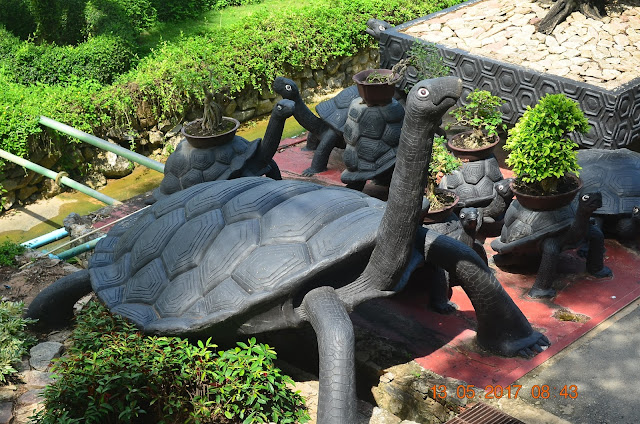 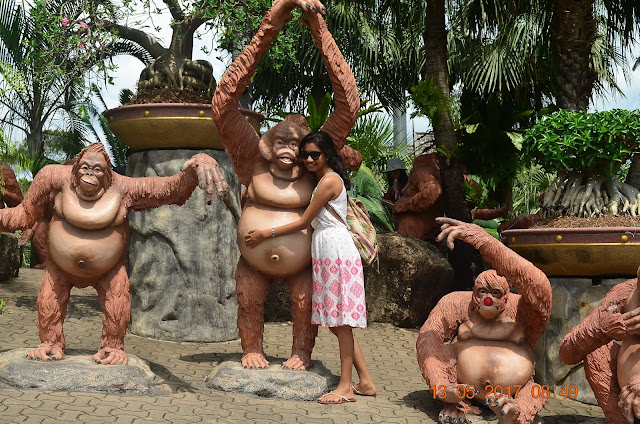 The remaining part of Thai culture can be seen in this place as they have an auditorium which shows you a performance. Almost same like the Alcazar show only difference I think is that there are no lady boys. But I can never be 100% sure.( I've never had a problem telling apart a girl from a boy).
Next was the Elephant show which was the best. Here there were around 10-12 elephants who performed. They were made to throw darts, play football, prod and jump over people. The younger ones were really cute. One could buy bananas worth 40 Baht ( 80 Rupees) to feed the elephants. But these guys were also smart. They knew when they wanted food and when they wanted money. They wouldn't accept the fruits if another person had money in their hand (Elephants understand business too!) 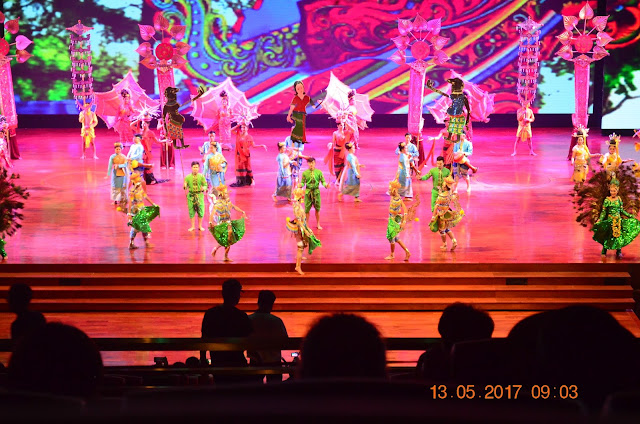 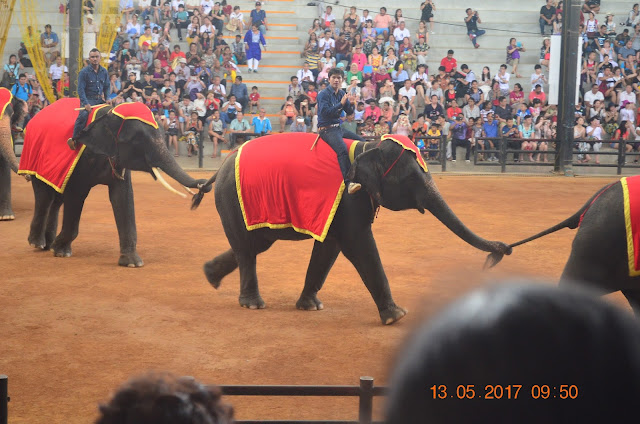 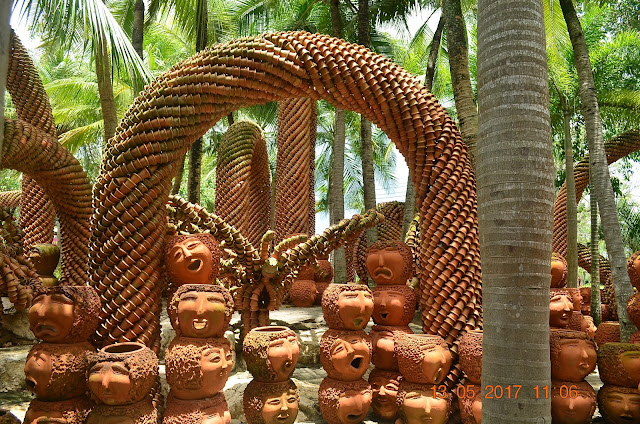 Outside the shows there was a real tiger and macaus with whom you could pay to click photos with. Here in Pattaya, after every show, anything between 200 Baht to 600 Baht ( approx Rs.400 - Rs.1200) would be charged in order to click photos with the animals. 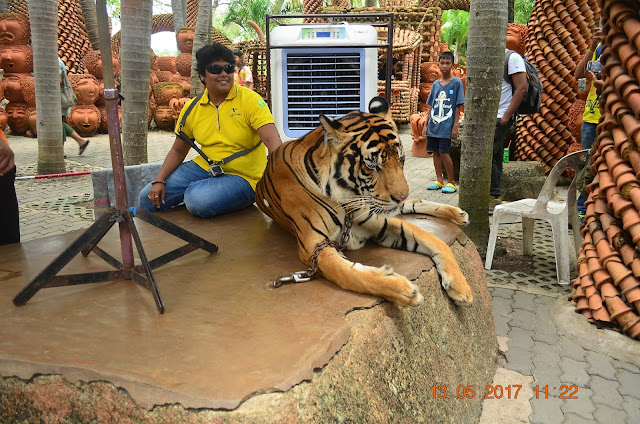 Once we were done with Nong Nooch Village we proceeded for Gems Gallery, the world's biggest jewellery store. When I went there all I expected was to be shown some real diamonds and sapphires and that's it. So what we ended up seeing was actually a surprise. The very first thing that they do when you go to any tourist attraction place it that they attach stickers to your shirt with a number common to all your group members. So in case you get lost they know where to direct you to. 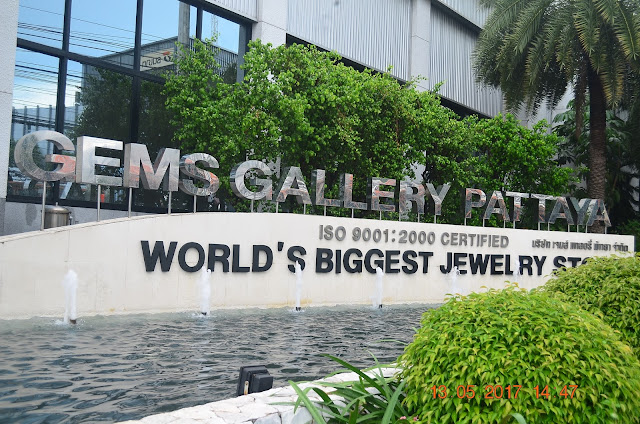 Gems Gallery starts off with a tram ride which lasts 15 minutes. During this ride they take you through a dark tunnel which eventually gets lit to reveal life size figures showing the process of how the gem stones were discovered, extracted and by whom they were used. 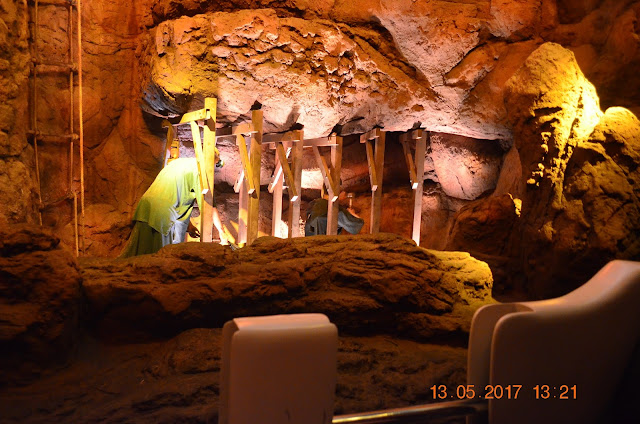 After this the showroom was open to viewers which contained precious stones. People could buy their birthstones set in different pieces of jewellery. The cheapest was a really really small topaz ring in a silver setting worth 1500 Baht (Rs.3000). There were big sets as well as small beautiful ones (these costed Rs.37 lakhs ; I didn't bother to look further after that). 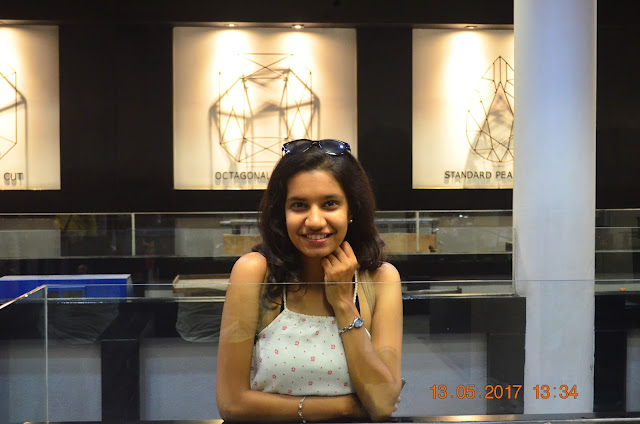 Gems Gallery is kind of relaxing after a long day at Nong Nooch Village. Just when I thought that was end to our day, our guide told us that we were heading towards the Scientific Thai Massage Pavilion. This place at a time can accommodate 20 people in one room. Beds are placed in rows and men and women have separate room. Those who are wearing tough material clothing can change into the night suit provided. The massage goes on for one full hour. Most of the girls there don't understand English, so it was pretty obvious that it was our turn to know some thai. Two very important words to communicate the amount of pressure applied were : Bow Bow -Soft & Nak Nak -Hard. This experience was wonderful! Afterall, who doesn't like being pampered after walking so long ? 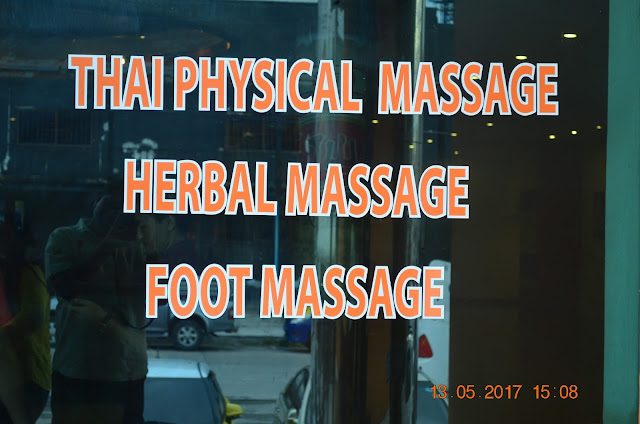 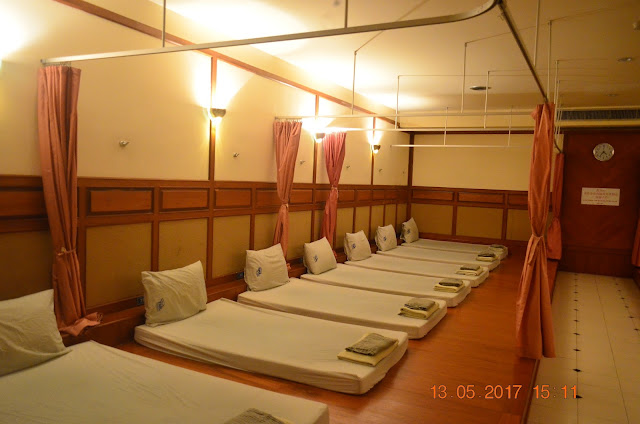 Later we headed to Mumbai Magic which is a disco place. And just like that, it was the end to Day 3!