If you want to run, run a mile.

If you want to experience a different life, run a Marathon. 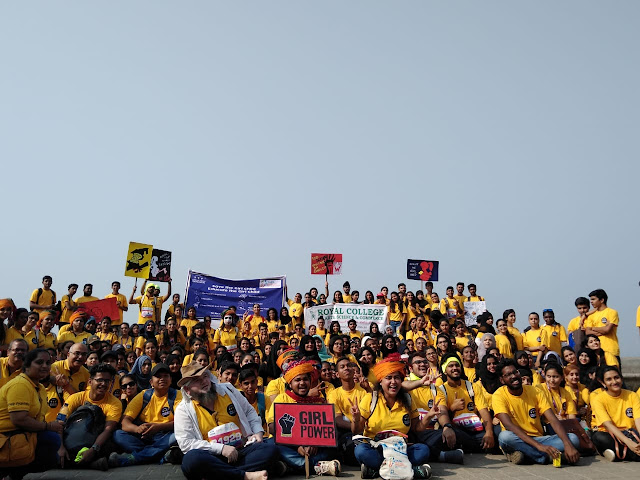 Tata Mumbai Marathon was an experience to say the very least. With over 200+ student volunteers and 19 runners from college, we set off at 4:30am from home. TMM had 6 category marathons:
Since we were participating in the Dream Run of 5.9kms, our starting point was closest from CST  Station. That required us to switch trains at Dadar. You'd expect the station to be empty so early in the morning. But this was Mumbai - the city that never sleeps. Crowded with people (mostly marathon runners), this place bustling with activity. 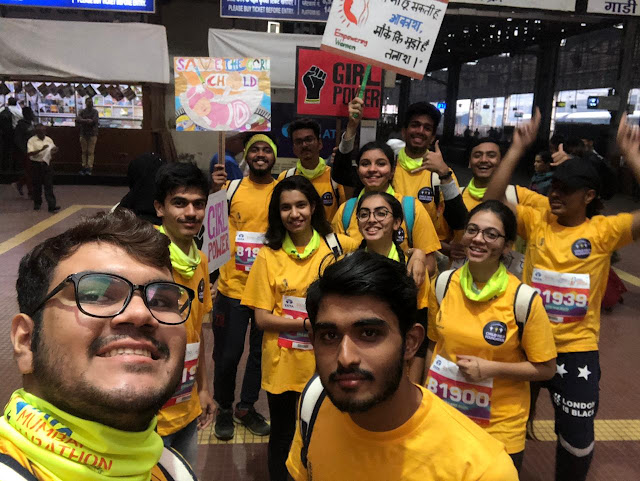 RUNNERS AT CST STATION 6AM

Our run was scheduled to start at 8:30am. So until that time, we were "hanging out", playing PUBG, getting ready and painting our faces at the station or eating out of the Tata Mumbai Marathon backpacks we had received the other day. Since our college had a tie up with Child Help Foundation, we wore their T-shirts and met their staff members at CST itself. From there, we proceeded to Azad Maidan in order to reach the starting line. In all of this, I must mention that every single thing was beautifully organized. Water refill stations and washrooms were placed at sufficient distances so the runners didn't have to worry about anything. 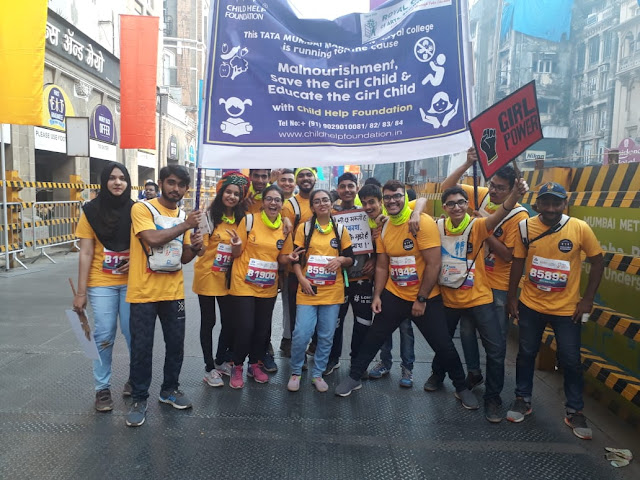 IN ASSOCIATION WITH CHILD HELP FOUNDATION

There were a lot of groups (each with 30+ runners) supporting various causes like Save the Girl Child, Educate the Girl Child, Fight against Malnourishment, Stop domestic violence, #purushudyog etc. Runners had their faces painted, carried banners and some were even dressed in costume. I have no idea how long the theme based runners were able to last, because their costumes were really elaborate. But they sure did manage to turn heads wherever they went.  A lot of groups had dhols so there was never a quiet moment till the end. Needless to say, the Josh was High! 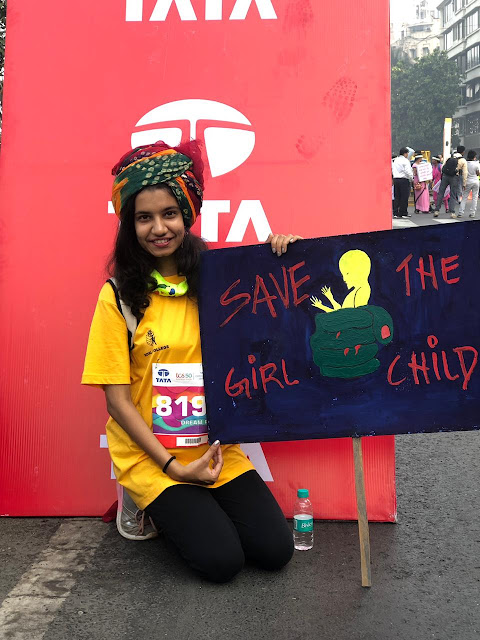 SAVE THE GIRL CHILD


At the starting line, on our left, were all the sponsors on the VIP deck. We even saw Kartik Aaryan. On our right was the media stand. I don't know how many people managed to catch any sleep the previous night, but their energy was so intense that it could be felt throughout the crowd. 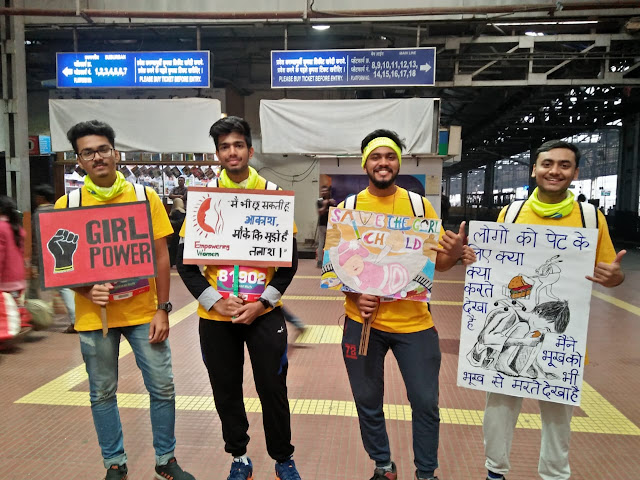 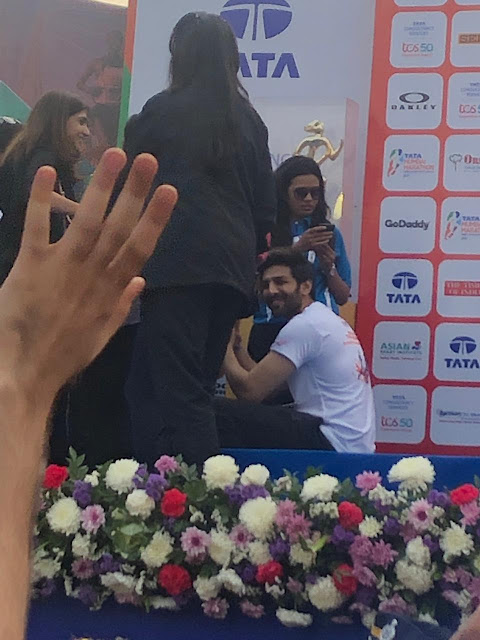 Our dream run had us walk all around Marine Drive, walk up the flyover and then back towards the finish line. On our right, were the lanes for the 21km (half marathon) and 46km (full marathon) runners. So we could spot quite a few of them actually "running". In the middle of all this hustle and bustle we managed to catch Milind Soman running. 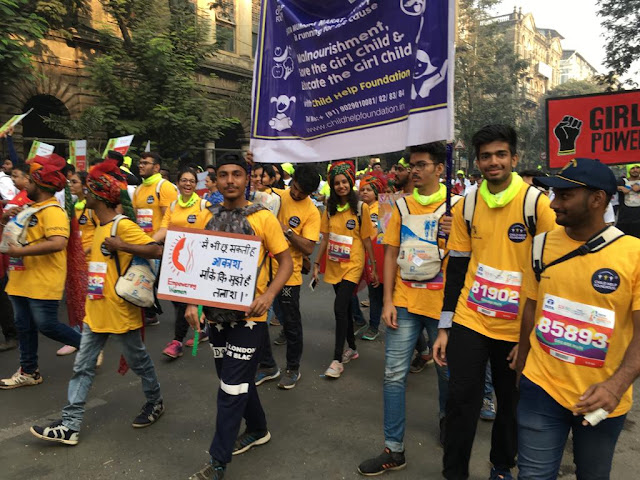 As we reached the end of Marine Drive, TMM volunteers were handing out electrolyte drinks for everyone. A short while later, we found our college volunteers. We were by far, the biggest volunteer group on the racecourse. We later on came to know that our volunteers had spotted a Modi look alike uncle and a small dog running with a bib. That really was the cutest thing ever! 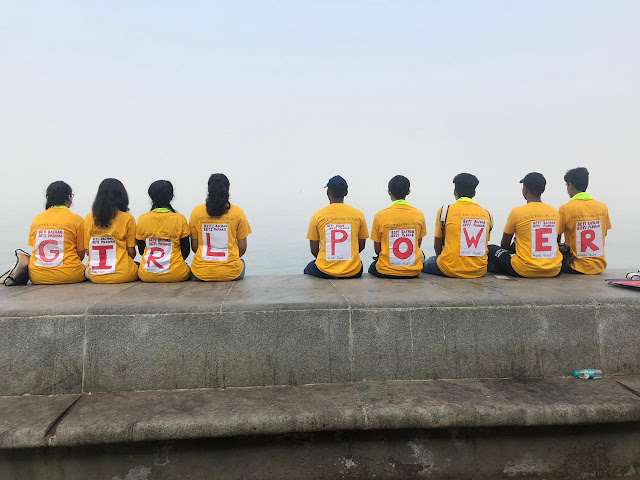 We got snacks from CHF (which I really needed. All the waiting and walking made me hungry) and then again from the Recharge counter at the finish point. I am a big fan of goodie bags. So this was a dream come true. If you were you to ask me if was worth it, I'd tell you Yes it was. For all those of you who have never run a marathon; you better go and do it while you can. This truly is something which should not be missed. 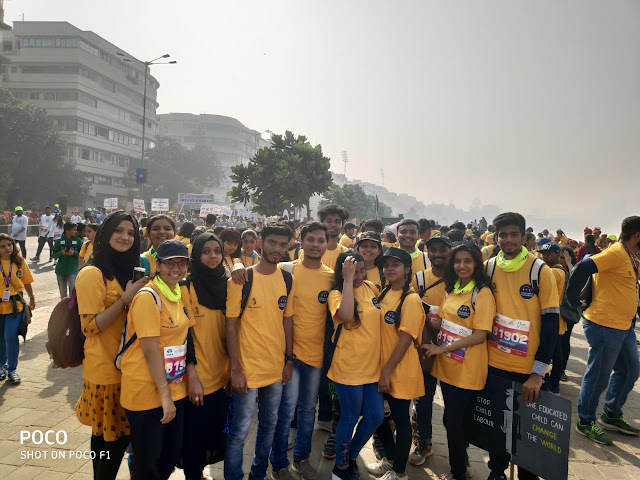 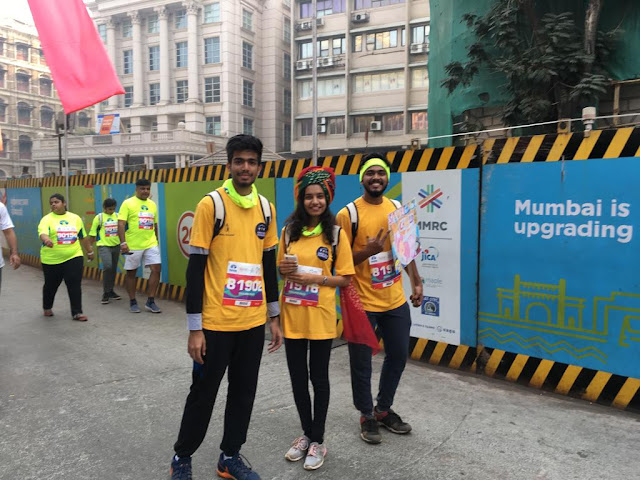 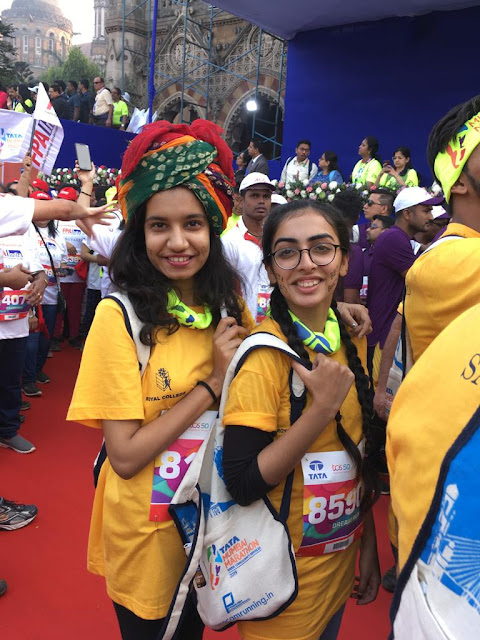