COVID Edition: Proof of how a chain is only as strong as its weakest link 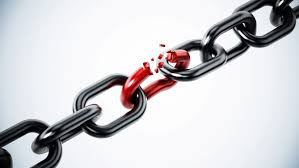 Once upon a time, a few mistakes ago, there lived (and still lives) a man who decided to take the Pandemic very lightly. What happened to him? He contracted the virus. Not only that, he passed it on to his entire family (we live in India - so you can assume it was a joint one). His wife, brother, sister-in-law, children and parents. All of whom tested positive even though they've been staying home since the start of the year. That brings us to the question - So what?
The point is, one person's recklessness can result in an entire family being affected by it, in the process rendering everyone else's efforts of try to stay safe a waste.
The lockdown has been tough on everyone for some time and things have been abnormal (or should we say - the new normal) for longer than we expected. However, as sensible adults and citizens of a country we know (or rather hope) is trying do it's best in controlling the spread of the virus, we must take it upon ourselves to try as hard as we can, to NOT be the weakest link on the chain. Because that will ultimately decide how strong and healthy our family stays.
Here's a perspective - Think of taking precautions and following guidelines as something you should do in order to protect your family and/or the person in front of you instead of saving yourself. That way you will be able to save others from getting what you may have by empathizing with them - since you won't know how it would affect their dependents (unless you're Sheldon** from The Big Bang Theory - he was incapable of thinking about anyone but himself, but then again the man was prepared for any sort of pandemic years before it started - he always stayed as far away as he could from a germ source). Also, as a side thought, we wouldn't need to blame the Government for everything that goes wrong (I'm not sure how justified this point is, but still worth a try).
**Click here to watch the Sheldon Cooper-being-a-germophobe video clip