Why The Godfather is the Bible of Cinema

- March 27, 2018
The Godfather was a book which I have seen sitting in my bookshelf (top row, extreme left corner to be exact) since the past 6 years. However, I was allowed to read it only after I turned 16 (the allowance came on my persistent nagging and not because my father thought me old enough to read the book). The story content is overwhelming. First, it's full of violence and secondly, never before had I ever read a book which had me hooked on for hours (443 ultra thin pages, Times New Roman, font size 12 or less). 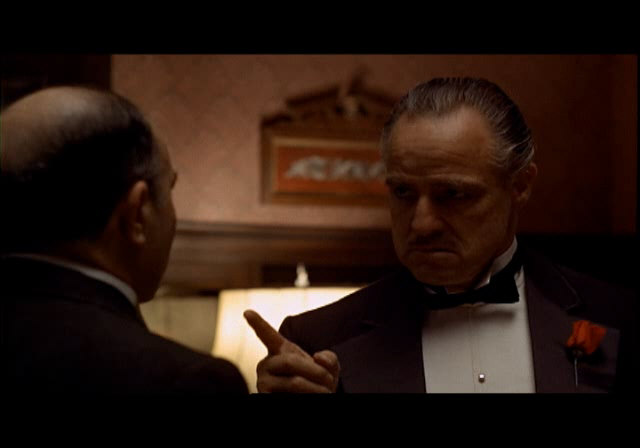 In March 1972, The Godfather was first screened in a New York theatre.
The movies were never the same again.
46 years later, longtime Rediff movie critic Raja Sen reveals why that film means that much, and how it led him to a unique tribute.


I desperately wanted to eat a cannoli. My father's hurried explanation, meant to shush nine-year-old me so the cassette would not have to be paused -- "Something to eat" -- did not sit well with me, especially considering the importance of the scene. The wind was blowing, reeds were dancing, and a man sitting in a black car had just been killed with remarkably little fuss.
All while a stout, taciturn man relieved himself a few steps away. The round man returned to the car, pleased to see the shooting had gone well, and instructed: "Leave the gun, take the cannoli."
Has there ever been a film larger than The Godfather? Every line, every scene, every shadow has been mythologised, and rightfully so. This is a film that has been memorised, quoted, slavishly imitated and feebly mimicked.


Francis Ford Coppola's 1972 masterpiece is the cinematic equivalent of The Bible, revered and analysed and placed on a pedestal so high other films dare not come close, but bask merely in its shadow, one that is so long that the film's influence is hard to measure. It is a film that became a figurehead for a new wave of cinema, giving other directors something to aspire to and build around, and we are still poring over its genius. This is, blow for blow, the heavyweight champion.
To read more: http://www.rediff.com/movies/column/why-the-godfather-is-the-bible-of-cinema/20180326.htm