- March 30, 2018
Cricket is a game which is revered in India. More than any sport played, this game has received a lot of support and recognition in the country. Cricketers are treated like Gods. So definitely everyone looks up to such people as role models. When such a person does this kind of an act, people start to lose faith not only in him, but in the spirit of sportsmanship as a whole. The trio must have had their reasons, those, which may never be revealed to us. They have done something wrong, have been caught in the act, and have received their deserved punishment. Here is the background story: 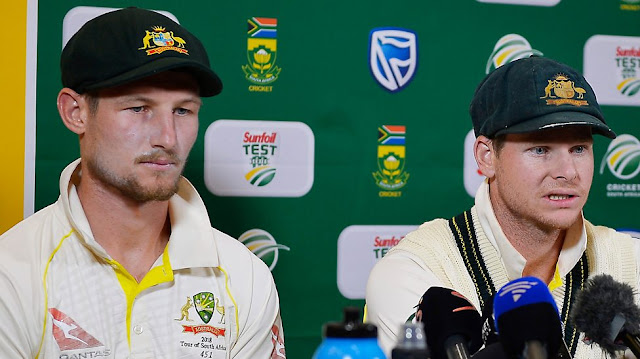 The cricket world was left stunned by the news that Australian captain Steve Smith, vice-captain David Warner and teammate Cameron Bancroft were found guilty of ball-tampering on the third day of their third Test against South Africa on March 24.  On Sunday, Smith and Warner were made to step down from their roles as captain and vice-captain of the Australia national team. n Wednesday, Cricket Australia announced one-year bans for both Smith and Warner and a nine-month ban for Bancroft.


Camera footage confirmed that Bancroft had snuck in sandpaper to rough up the ball on Saturday, and when umpires noticed and questioned him, he hid it inside his trousers. In the post-match press conference, Smith admitted that the team's "leadership group" had a plan, carried out by Bancroft, to tamper with the ball to "get an advantage."

Why it’s become a major story in India
Smith and Warner were to be paid salaries of close to US$1.9 million each for this season’s IPL, the most lucrative IPL contracts ever awarded to Australian cricketers. Smith was to serve as captain of the Rajasthan Royals, and Warner as captain of Sunrisers Hyderabad.
Source: https://www.forbes.com/sites/leezamangaldas/2018/03/29/why-the-australia-ball-tampering-scandal-is-making-waves-in-cricket-mad-india/#1771b3ab3122