Trump Force One and Trump Tower

Below is a guided tour of President-elect Donald Trump's Private Airplane (and not a Jet).

Now for his home.....or mansion/ palace/ wonderland/__________ fill in whatever you can think of after seeing the pictures.

Just a small disclaimer before you start : Everything that you see is 100% real. No photoshops at all.
The tables are real marble, the bathroom sinks and taps are actually gold plated, etc etc etc. The list is endless. But you get the picture, right ?

And yeah, just for the record, everything is super-expensive.

As they say, "Only because you haven't seen it, doesn't mean its not true." 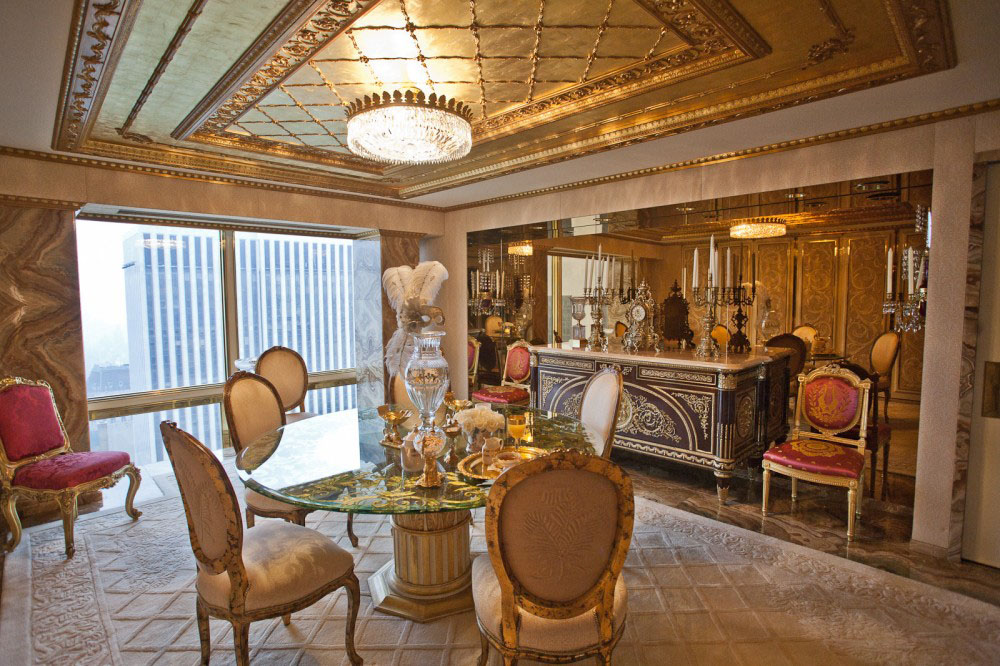 I am not even trying to name the rooms.....they are way too many of them !

This is also someplace in his house ! *hehehe*

And just in case your thinking....No. Its not on the same floor. Because its Trump Tower !!

So I guess this is more than enough.

Just a thought - Will Mukesh Ambani or Ratan Tata be a Donald Trump equivalent for India if they decide to stand for President ?

PS- I am solely referring to the wealth and businesses. Definitely not the looks, lookout to things or anything else that uniquely defines Mr. President Elect. (because there's absolutely no comparison ! *hehehe*)