The Devil and the Deep Sea- Clinton vs Trump

- October 02, 2016
Well, this was how they looked during the debate.
Maybe Trump a little more funnier and Clinton a bit more freaky. Thats it. 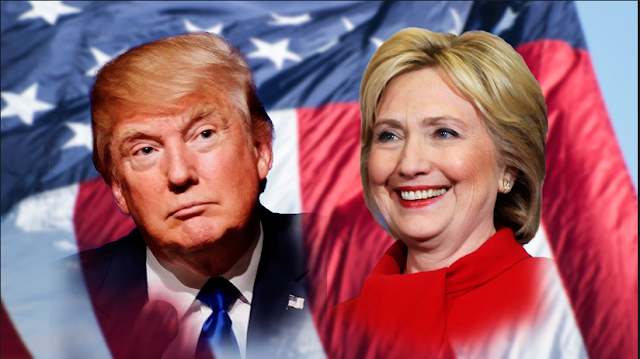 After Barack Obama , I really can't imagine either of them being called Mr. or Madam President. Well, I saw the debate. There are two differences that I found between the ones held in my college and the Presidential Debate.

We take everything personally and so do they.

Okay. So here is the summary.

The debate was of 90 minutes, divided into 6 segments in which they would discuss various topics. The questions were not known to the candidates and were entirely Lester Holt's. That was the part I thoroughly enjoyed partly because I was fresh and the thought of seeing a "Presidential Debate" had me charged up. I rather Holt was one of the candidates himself and not the moderator. 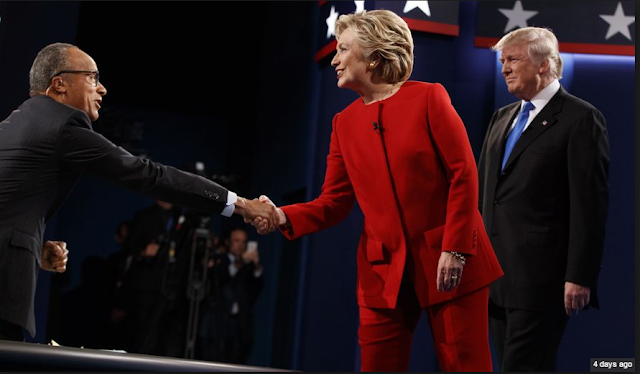 Coming to the "Presidential Debate".
A 2- minute video was put up on Snapchat which prompted me to see the whole debate. Both parties spoke well. But they are speakers. That's part of their job. No points on that. Clinton reminded me of my numerous teachers who would complete one topic in 45 minutes by just going on in circles about the same thing. Only she went a step further. She managed to do this for 90 minutes.  The whole thing was basically about job opportunities.

I became a fan of Trump's expressions from the very beginning. When Clinton became monotonous, the screen would shift to Trump. See, even the cameraman knew.  But looks are deceptive. Trump actually got Clinton to talk on a topic she didn't know about. That's the reason behind all the Job Opportunities stuff.

One difference between the candidates:
Trump kept on referring to America as "our" country.
Clinton said "you" and "us".
*impressive*

I would close by adding Scott Adams' conclusion to my article: