- October 10, 2016
In my earlier post "Ability beyond Disability" I wrote about physically disabled athletes who brought glory and honor to our country. But what if you are handicapped even though you are physically fit ?

By that I mean not having enough or proper resources and facilities to help you achieve your goal.

Here is the classic case of Dipa Karmakar, the girl who attempted the deathly Prudonova also known as the Death Vault- because you can die performing this at the 2016 Rio Olympics. 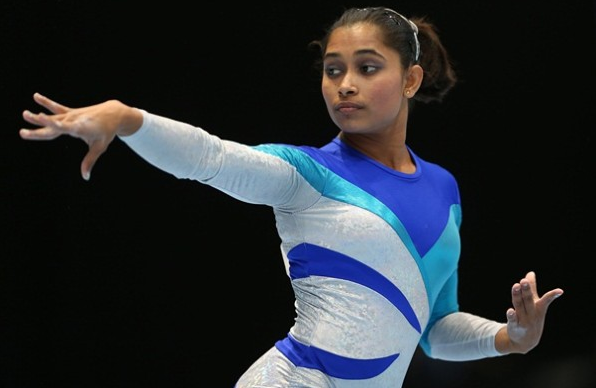 Firstly, Dipa Karmakar comes from a country which does not exactly motivate women to participate in games. The struggle starts from there itself. And once you take the first step, its a whole new roller coaster ride.

The word step reminds me. Every gymnast needs to have curved feet. However, Dipa had flat footed feet. She had to train really hard to get the perfect curve. This wouldn't have been possible without the help of her coach Bishweshwar Nandi.

The training centre in Agartala ( from where Dipa comes from) isn't exactly in the best shape. But this is India. One has to make compromises or give up. Dipa chose the second option.

Karmakar used to train on broken pieces of metal, some scooters (I don't know how she managed to do that ) and metal rods.

Imagine, an Olympian athlete training on broken pieces of equipment. However, something good always has to happen and Dipa did shift to a better training centre.

Here is a small video of Dipa Karamakar attempting the Prudonova vault. There have been only 3 athletes before her to do so, so you can imagine how deadly it really is.

And if you still can't understand, here's what the Rio Olympics 2016 gold medallist Simone Biles had to say about her stunt : "I am not trying to die".

Convinced ? Wait till you see the vault.